Development Firm Brooklyn Capital Partners proposed to build the tower, called "The Halo," on top of Madison Square Garden or on the back of the Farley Post Office in an effort to fund station repairs and transform Penn Station into a tourist attraction after New York State Governor Andrew Cuomo announced a $3 billion plan to rebuild it last January. 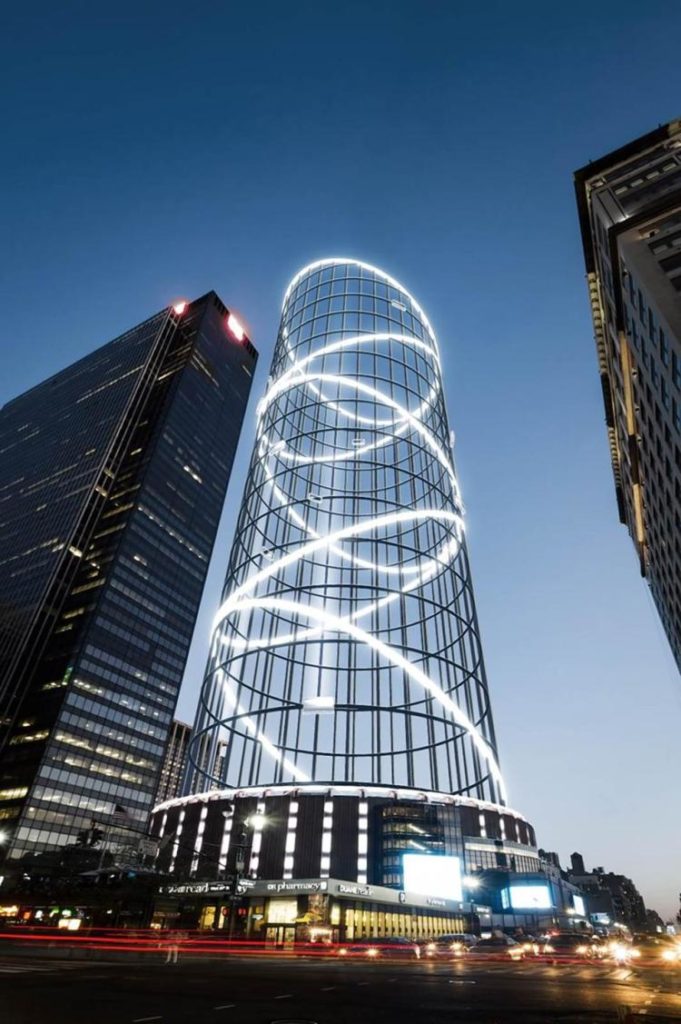 According to developers, the time to build what would be the world's tallest free-fall ride could take as few as 20 months and cost around $637 million. The ride has the potential to attract as many as 7.8 million visitors, each of whom would pay $35 to soar at speeds reaching 100 miles per hour - it would take just six seconds to plummet from the building's roof to the station's base. A ground lease payment plan would generate up to $38 million a year.

"The safety and fun of tower rides has been proven by over 170 rides built by our partners S&S Worldwide globally," the developers said. "Yes, New York’s tower ride will be the biggest and fastest in the world – would we accept anything less?"