This Perfect Storm Of Elements Just Turned A Lake In Australia PINK!

Every now and then, science throws us for a colorful loop, whether it's seeing crocodiles turn orange or something like the latest phenomenon: a lake that turned pink. That's right, a bright flamingo pink. 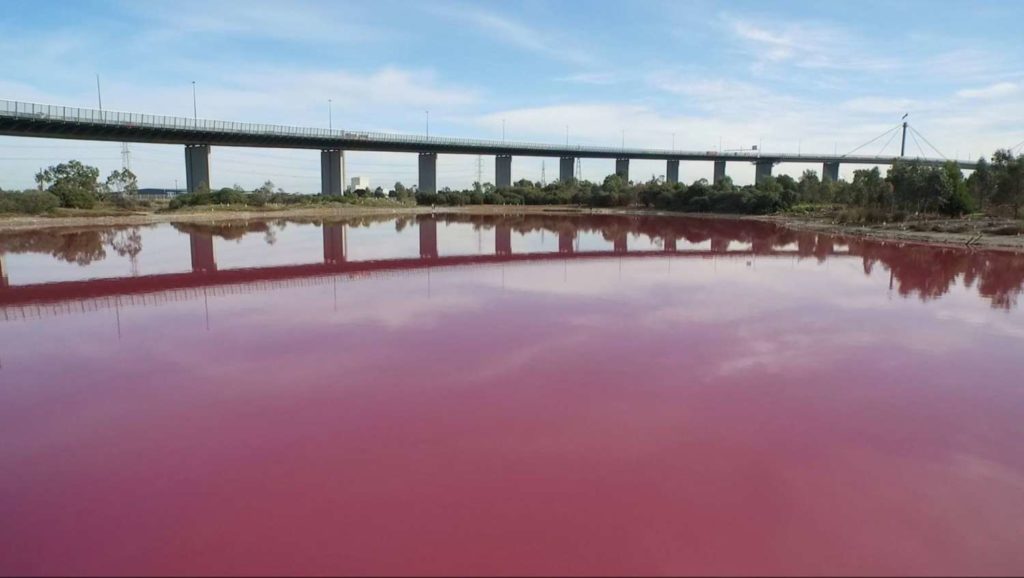 The salt lake, located in Victoria in Melbourne, Australia, is donning a new shade that comes from several natural factors, including sunlight, a lack of rain, high temperatures, and very high salt levels, according to the Parks Victoria Facebook page.

"Algae growing in the salt crust at the bottom of the lake produces the red pigment (beta carotene) as part of its photosynthesis process and in response to the extremely high salt levels," it reads on the page.

Interestingly, beta carotene is also why flamingos' feathers are pink, as they eat algae full of it. So there's no wondering why the shade is so similar. But while the color may look pretty, it's recommended that locals and tourists steer clear of the water for the time being.

In fact, the lake's pink hue likely won't last for much longer. Parks Victoria expects it to return to the blue color we're all used to once winter hits, which isn't too far away considering summer is already ending in Australia.