If you think zombies don't exist, you might want to think again. In Indonesia, the Toraja people practice one truly bizarre ritual unlike any other: bringing their loved ones back from dead. 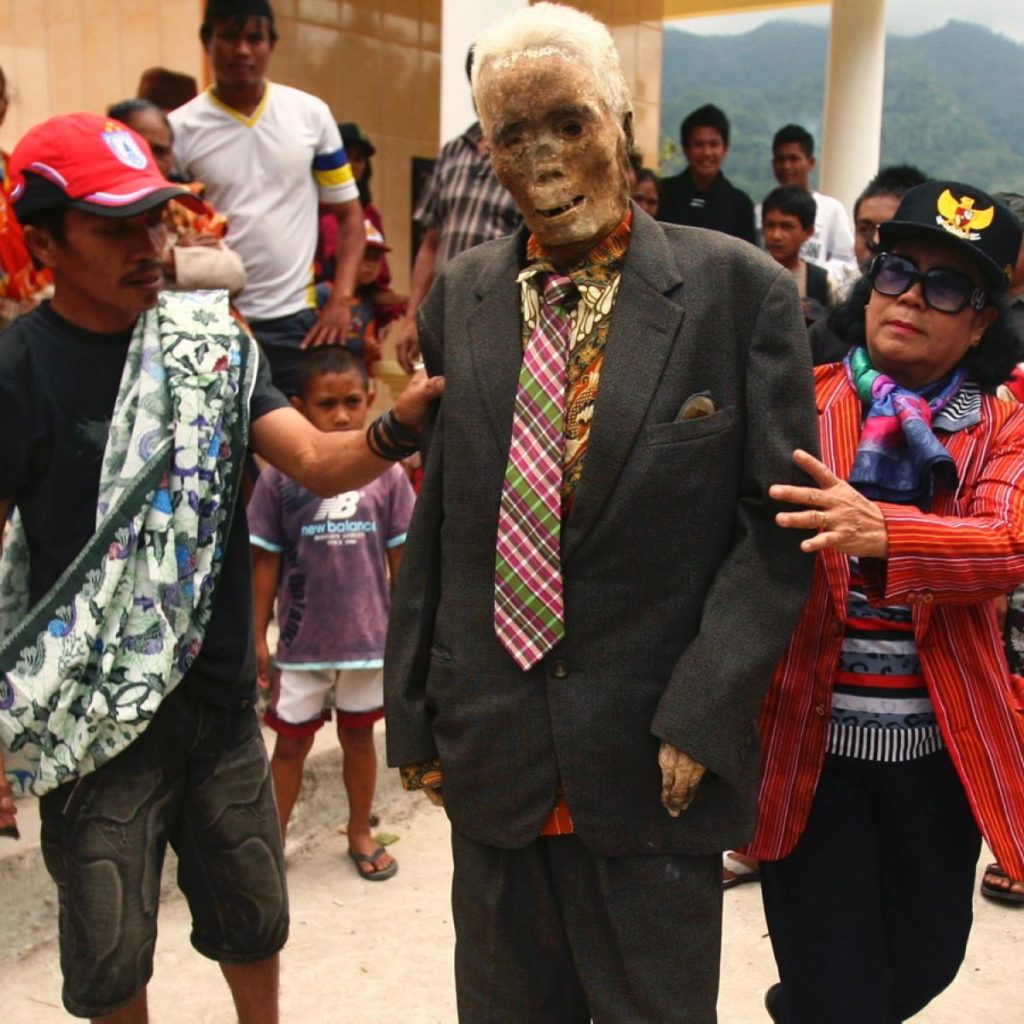 In an effort to ceremonially return the obviously deteriorating corpses back home, the indigenous group digs up the dead, cleans and grooms their bodies, dresses them up in fancy clothing, and walks them around the province.

Even bodies of babies are exhumed. And if someone died outside the village, family members walk the corpse to the place of his or her death and back to the village as an act of returning them to their home. Damaged coffins are also fixed and replaced. 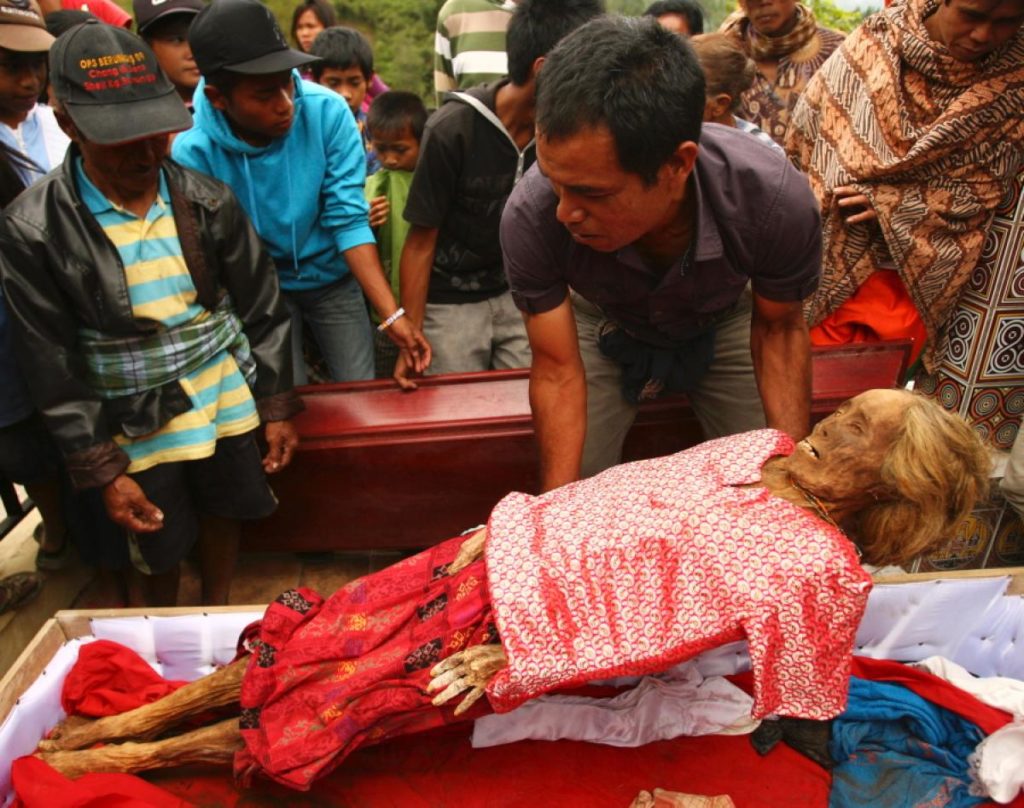 While awaiting their journey, it's believed the corpses' souls still linger around before they can make their way to the afterlife, known as Puya or the Land of the Souls. Some ceremonies last for days and include massive feasts with hundreds of relatives gathered around, depending on the level of wealth of the family.

Guess that's one way to honor your loved ones!