If you're ever bored with a plain ol' dress, just throw it into the Dead Sea, wait a few months, and watch it spit out something totally magical. That's exactly what one Israeli artist did and the people of the Internet have gone absolutely wild over it.

For her eight-part photo series called "Salt Bride," artist Sigalit Landau submerged a black dress in the Dead Sea, the lowest and one of the saltiest places in the world, for two months and awaited what would become an astonishing outcome. The dress, a replica of the traditional Hasidic garment worn by a young bride named Leah (who was possessed by the spirt of her dead lover) in the Yiddish play The Dybbuk, became completely covered in white crystallized salt. 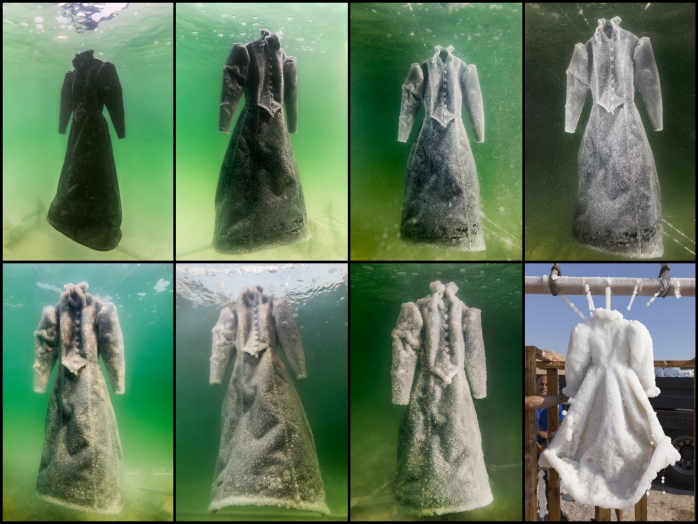 "Over time, the sea’s alchemy transforms the plain garment from a symbol associated with death and madness into the wedding dress it was always intended to be," it reads in an official press release from the Marlborough Contemporary gallery in London where photos of the dress were on display.

Landau's been intrigued by the Dead Sea for years.

The artist checked back on the dress several times while it was submerged to capture the process of salt crystallization. And by the looks of it, it sure was insane!