This Annual Church Service In London Has A Congregation Of Clowns

When you think of dressing in your Sunday best, the last thing that comes to your mind is probably oversized shoes, outrageous makeup, a red nose, and bowler hats. But on the first Sunday of February every year, that's exactly what church-goers don for an annual church service in London. Why? Because they're clowns. 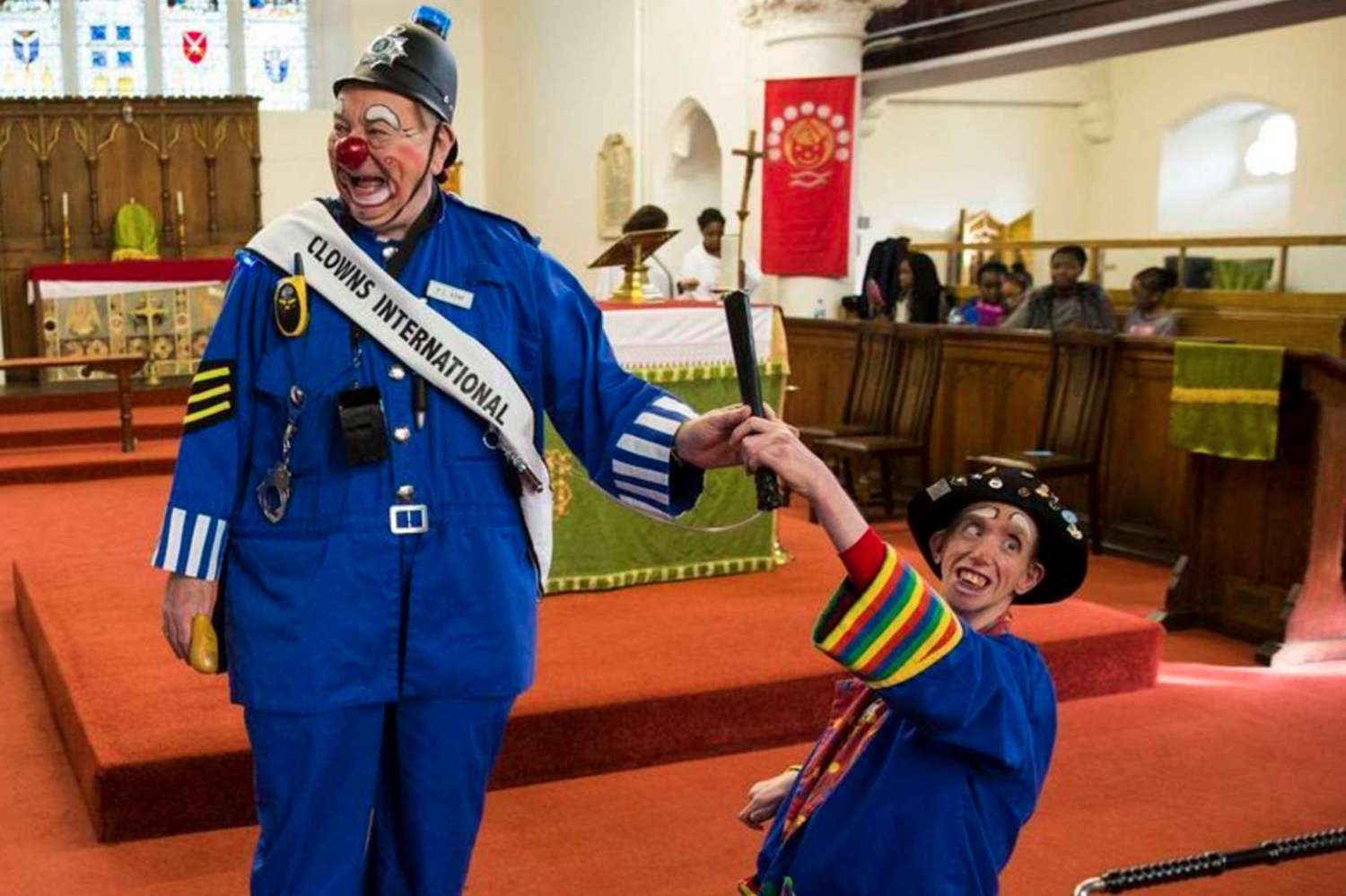 Each year, dozens of fools head to All Saints Church in East London for the Annual Grimaldi Clown Service to pay tribute to Joseph Grimaldi, a legendary comedian and pantomime performer from the 18th century. The funnyman was one of the first circus clowns in the world and is credited for being the first clown to cover his face in makeup for the iconic all-white look.

For over the last 70 years, clowns have been filling up the pews in their ridiculous outfits not only for Grimaldi, but "to pay…last respects to all those clowns who passed on to the big top in the sky during the previous year,” the Clowns International website states. The non-profit says it's the "oldest established club for clowns and friends of clowns."

"Clowns are the catalyst to laughter," says MC Mattie the Clown . "And as Charlie Chaplin said: 'A day without laughter is a day wasted.'"