Take A Dive Into MUSA: The World's Most Famous Underwater Museum

This world is full of both beautiful and bizarre museums, from the Vatican Museums to the Museum of Bad Art and Museum of Broken Relationships. But there's another that ranks near the top of cool and unusual museums - and it's underwater. 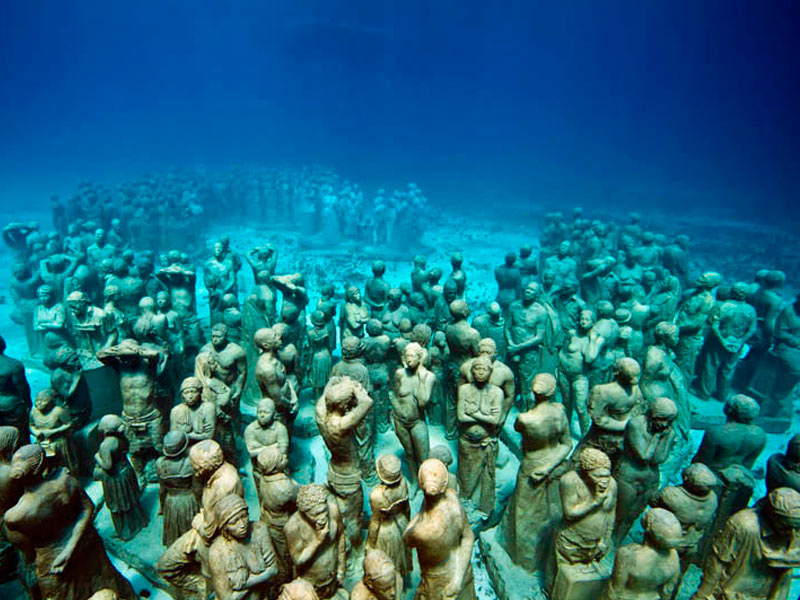 Based in Cancún, Mexico, the Cancún Underwater Museum - Museo Subacuático de Arte (MUSA) - was started back in 2009 as a non-profit organization devoted to the art of conservation. The project, founded by Jaime González Cano, Director of the National Marine Park, Roberto Díaz Abraham, the former President of the Cancún Nautical Association, and Jason deCaires Taylor, an English sculptor, consists of three different galleries submerged in the ocean at the Cancún National Marine Park. 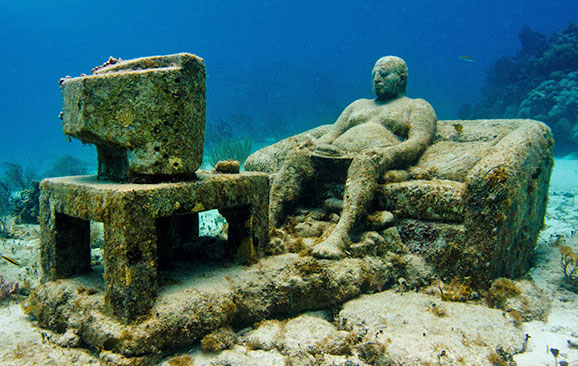 So what's inside? Around 500 life-size sculptures, including everything from groups of people to cars and bombs and even a man lounging around on a couch and watching some good ol' TV. Each structure in the underwater exhibit is permanently fixed to the seabed and made from special materials to promote coral life.

MUSA's goal is "to demonstrate the interaction between art and environmental science and form part of a complex reef structure for marine life to colonize and inhabit whilst increasing biomass on a grand scale."

Dying to dive inside? Take a tour!