Sweden Opened Up The World To The First "Electric Road"

We already have electric vehicles and bikes, so why not roads? Head over to Sweden, because now we do.

In conjunction with truck manufacturer Scania and the private sector, Sweden deployed new technology to allow electric vehicles to travel on roads indefinitely. This could potentially mean that those long waits to recharge massive batteries will become a thing of the past. The trick? Overhead wiring. 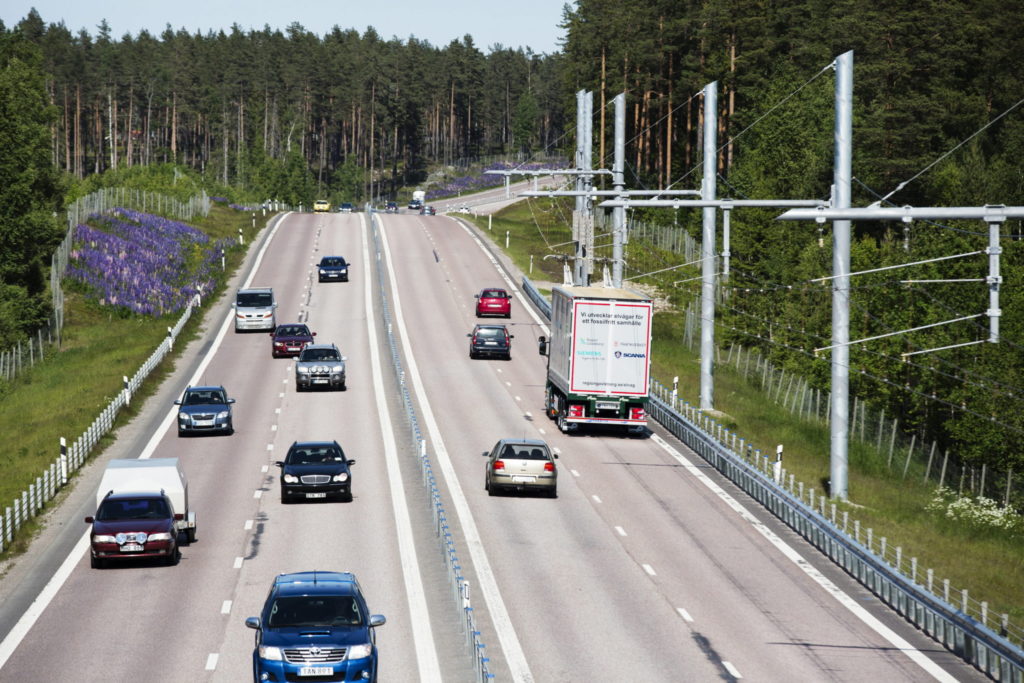 About a one-mile stretch of motorway in central Sweden can be seen equipped with power lines that provide 750 volts of direct current to the hybrid electric system in trucks modified with pantographs that can automatically move and attach to the overhead wire, even when the truck reaches speeds of up to around 55 miles per hour. The truck, of course, is a hybrid electric vehicle with a motor that runs on both biofuel and a lithium battery pack. Once the truck drives off the wire-equipped lane, it reverts back to being a regular hybrid vehicle.

"The electric road is one important milestone on the journey towards fossil-free transport," said Scania's head of Research and Development Claes Erixon. "Scania is committed to the success of this project and is committed to sustainable transport solutions."

But because of the height requirement to reach the overhead wires, it's unlikely that smaller, average vehicles will be introduced into the system. Still, the electric road brings the country one step closer to meeting its goal of having vehicles free of fossil fuels by 2030!