Talk about the crazy acts of Mother Nature! For the first time since 1979, the sweltering Sahara desert saw a coating of snow on its red dunes near the Algerian town of Ain Sefra. 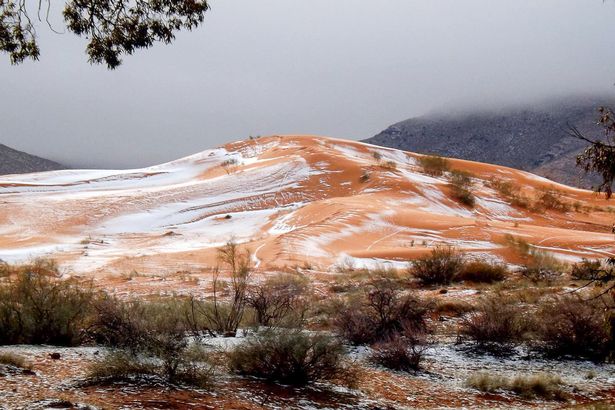 The freak snowfall fell on December 19 and was captured through the lens of photographer Karim Bouchetata.

The town, one of several to claim the moniker "Gateway to the Desert," is surrounded by the Atlas mountains and is located in one of the hottest and driest parts of the world - temperatures there can reach a blistering 122 F! During the winter months, low temperatures typically stay in the upper 30s. But this time, it was 10 to 15 degrees colder than average thanks to an unusually strong area of low pressure at high altitudes that initiated the extremely rare white dusting. 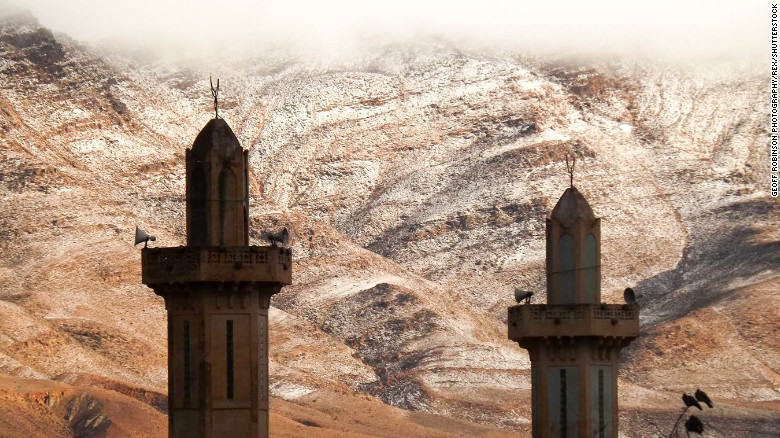 "Everyone was stunned to see snow falling in the desert, it is such a rare occurrence," Bouchetata told the Independent. "It looked amazing as the snow settled on the sand."

The fluffy white stuff quickly melted, but the brief change in scenery is surely unforgettable!