Smithsonian Is Asking The Public To Help Save Dorothy's Ruby Slippers

We've seen countless films over the past century, but there are few that have had props as iconic as Dorothy's ruby slippers from The Wizard of Oz. But after so many years, the shoes are in need of a little more magic and TLC. And the Smithsonian Institution needs your help. 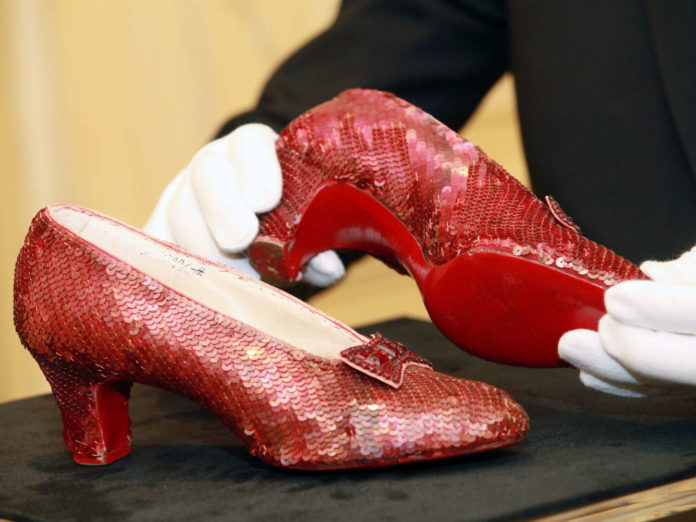 Multiple pairs of the sequined slippers were given to Judy Garland by the MGM Studios prop department, one pair of which was given to the National Museum of American History in 1979. Now a staggering 80 years old, the sequins are flaking off and the color is losing its shine. Needless to say, the red slippers have seen better days.

What will it cost to make the size-5 shoes magical once again? Just a cool $300,000 is all. The Smithsonian plans to use the raised funds from a Kickstarter campaign to build a high-tech display case with optimal light, humidity, and temperature conditions to protect the slippers. The case would probably need to contain a gas too, as opposed to oxygen, according to the museum's head of conservation.

"This particular pair of ruby slippers really belongs to the American people, and so we thought as we sought support that we would invite the public to join us on this journey to help preserve them for the next generation," said Melinda Machado, a spokeswoman from the museum.

The idea isn't to restore the slippers to their original state, but to keep them from taking on more damage. Learn more below!