Everyone has dreams of becoming or doing something amazing in the future, whether it's becoming a professional soccer player, neurosurgeon, or a dancer. 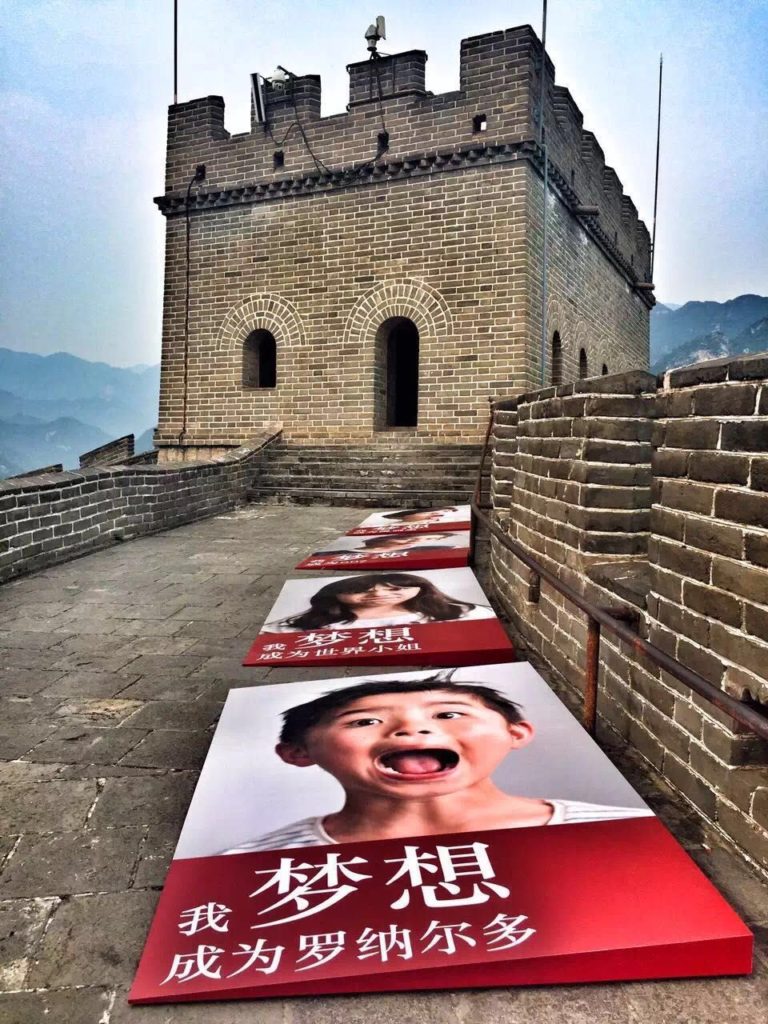 In an effort to remind adults of the dreams they may have forgotten, luxury skincare brand SK-II took over a portion of the Great Wall of China and covered it with posters of Chinese children talking about their dreams for the future. The posters cover about one quarter of a mile.

The effort is part of a new global marketing campaign, called "Dream Again," set forth by the Japanese company. While the Great Wall initiative appears to be the largest scale of the campaign, SK-II set up events across ten major cities around the world, including a pop-up counseling space in Singapore's central business area and a street parade with 40 children and brand ambassador Kim Hee Ae around Gangnam, Seoul. In New York's Madison Square Garden, children approached adults to encourage them to share their dreams on social media channels and on balloons in the area. 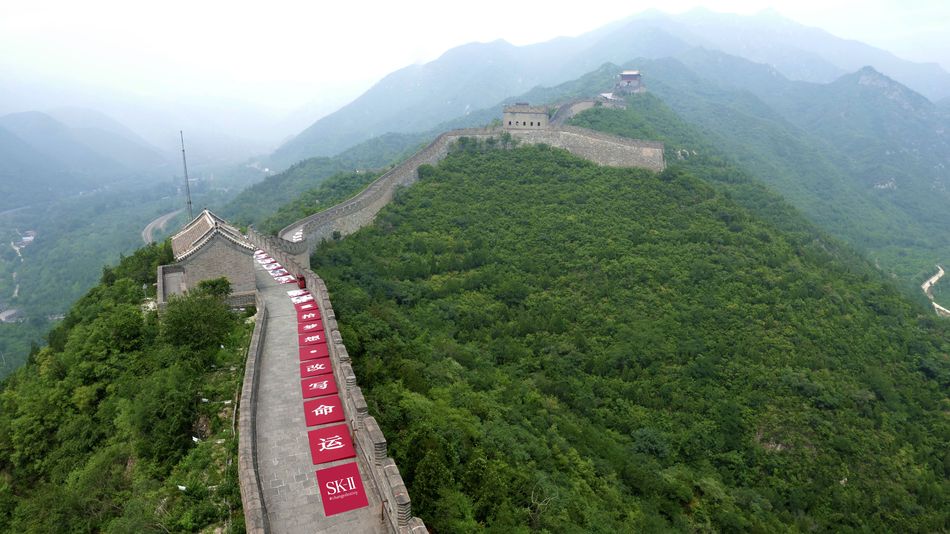 The first Global Dreams Index Survey revealed that half of the world's female population is not satisfied with their current lives and have given up on their dreams due to limited financial support, expanding from one's comfort zone, and not fitting into the mold of what success traditionally means.

Hopefully, the new campaign and survey results will empower dream-seekers everywhere to follow through and do what they love.