The Maracaña Stadium Is No Longer Welcoming 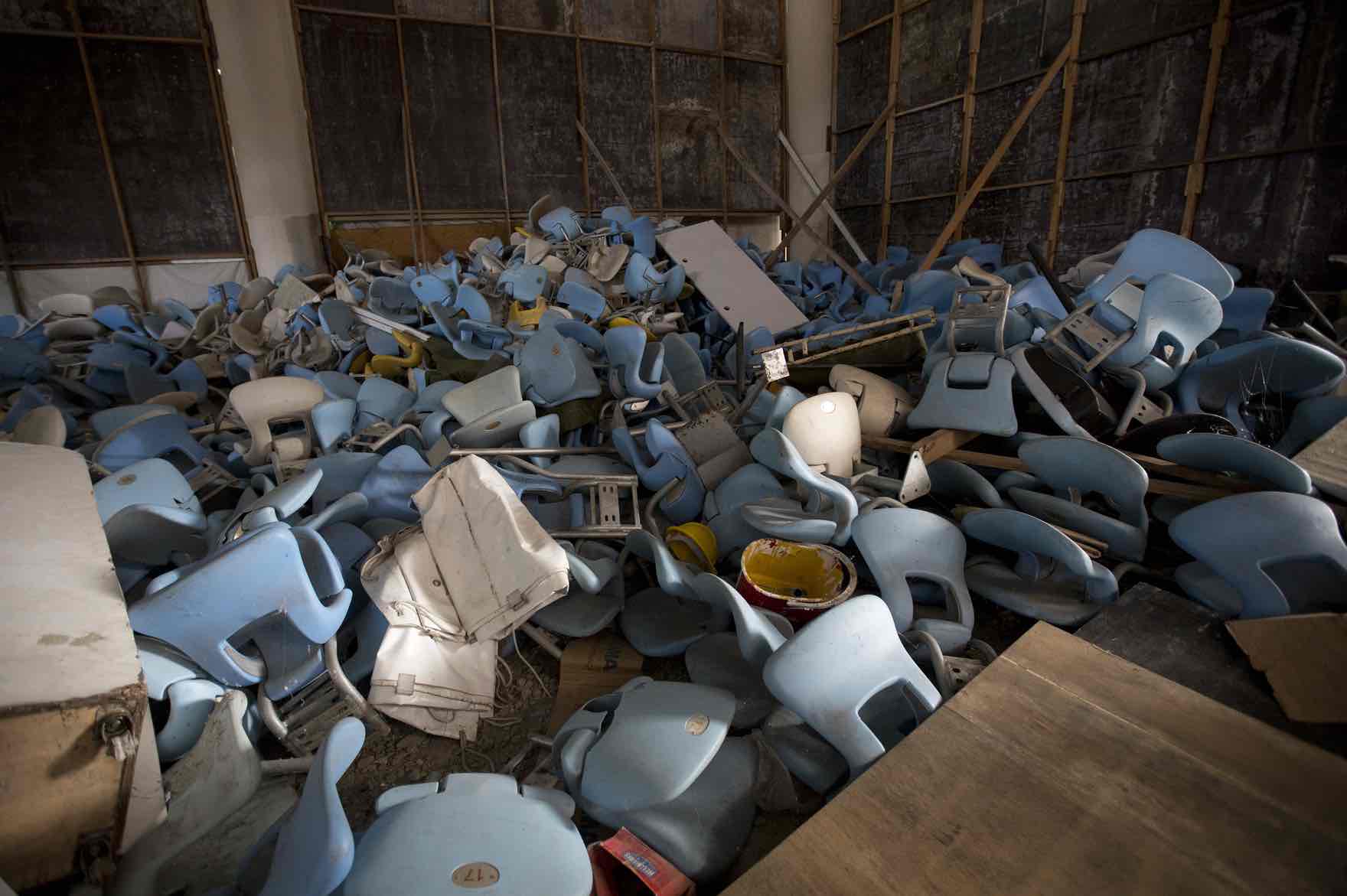 The stadium where the Olympic soccer games were held were once beautiful and welcoming, but the interior has since been destroyed. Looters and vandals have ripped out thousands of stadium seats and the rest remains in ruins.

But Was Once Filled With Cheering Fans 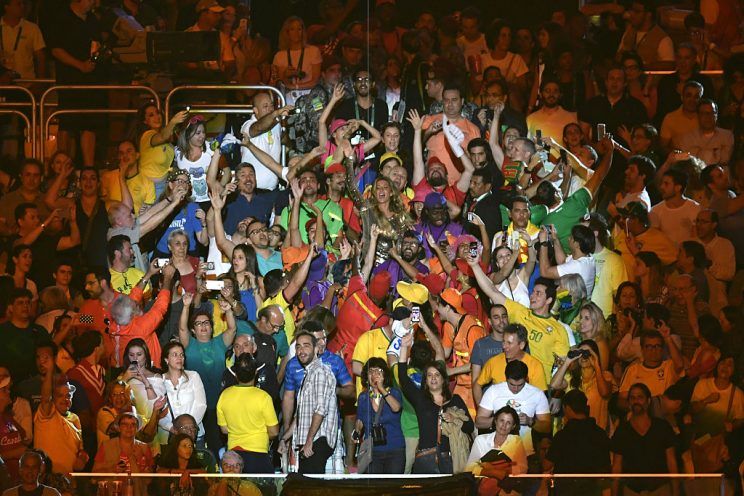 The Maracaña stadium used to be filled with cheering fans who were there to root for their countries. It's hard to imagine it being filled with laughter and happiness considering it's unrecognizable condition today.

The Aquatics Center Practice Pool Is Filled With Rodents And Bacteria 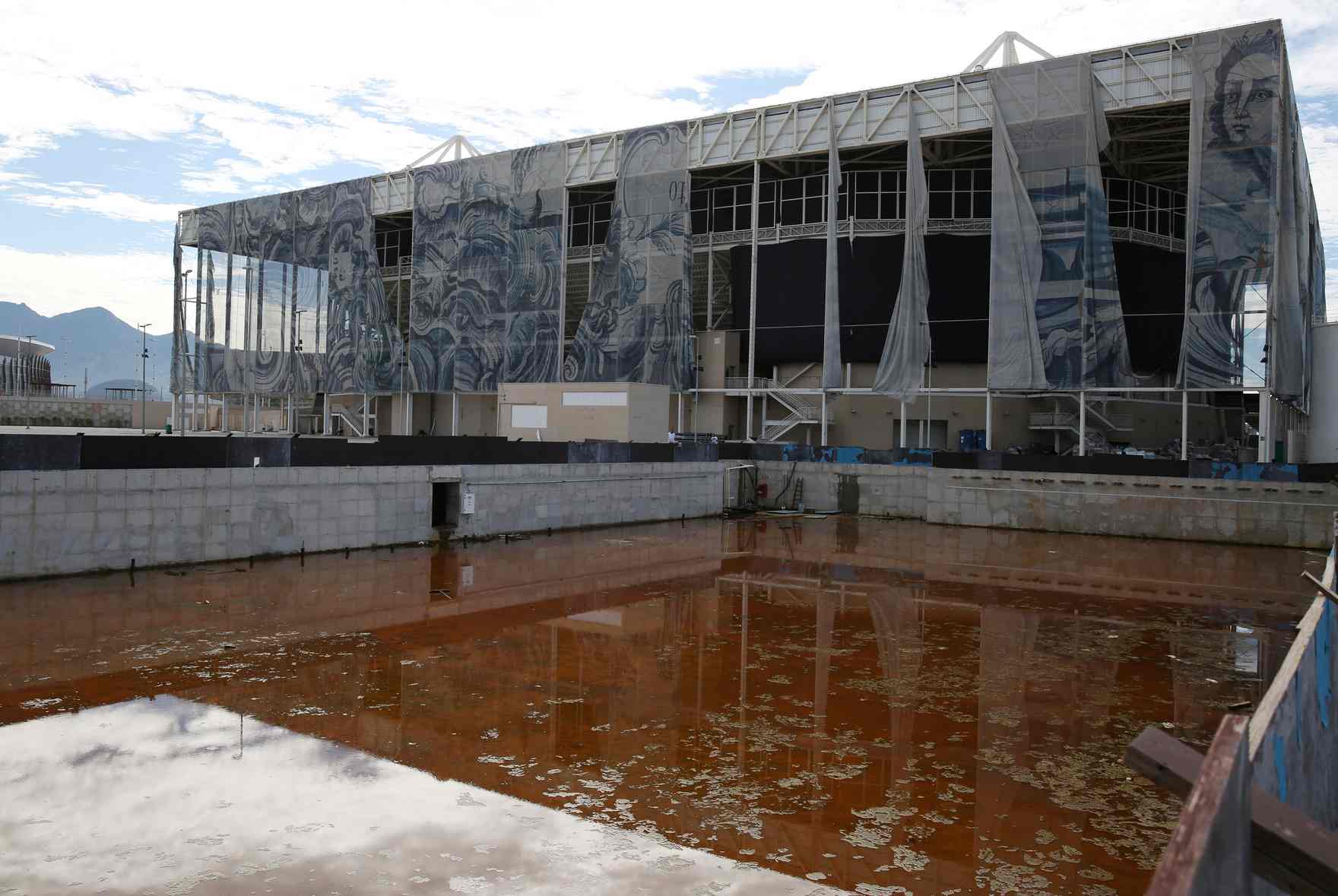 This practice pool was once filled with crystal clear water but is now considered to be a health hazard. It is crawling with bacteria and algae and anyone who sets foot in it is sure to get sick. A combination of mud, rainwater, and dead insects have turned the water rust-colored.

But The Water Was Once Crystal Clear 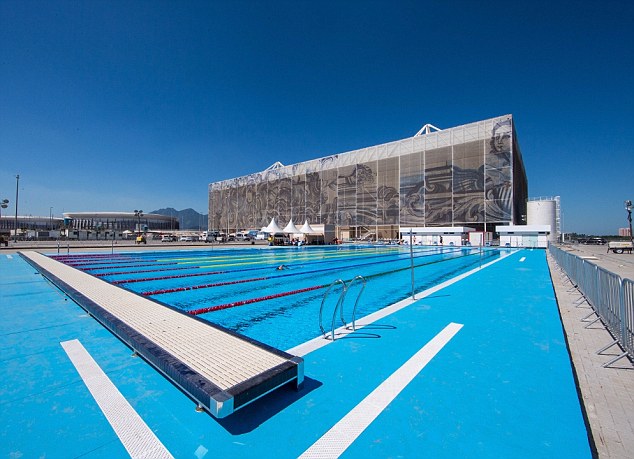 Before the Aquatics Center became infested with bacteria, it was filled with crystal clear water. Here, swimmers from all over the world practiced before their competitions in hopes of bringing home a gold medal.

The Rings Remain Hidden Today In An Attempt To Preserve Them 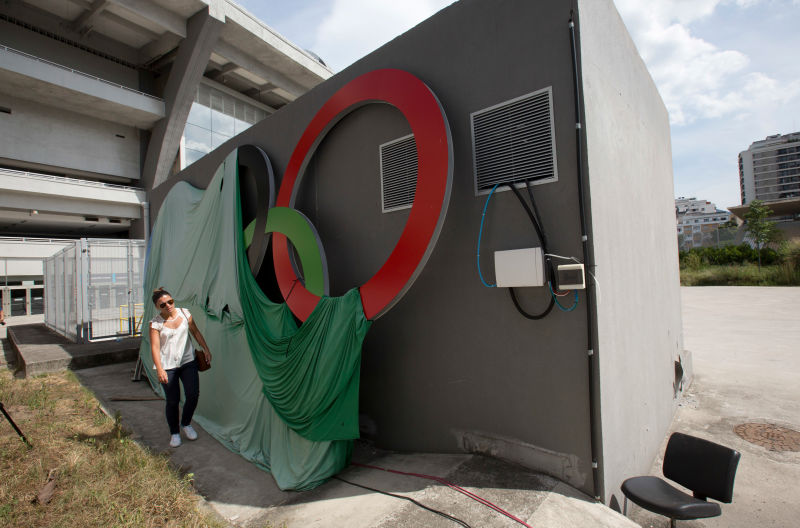 The Olympic rings have been covered in order to preserve them as best as possible, but that doesn't mean they are still in "like new" condition. The rings have been tampered and toyed with, so covering them became a final resort.

But They Used To Light Up The Sky 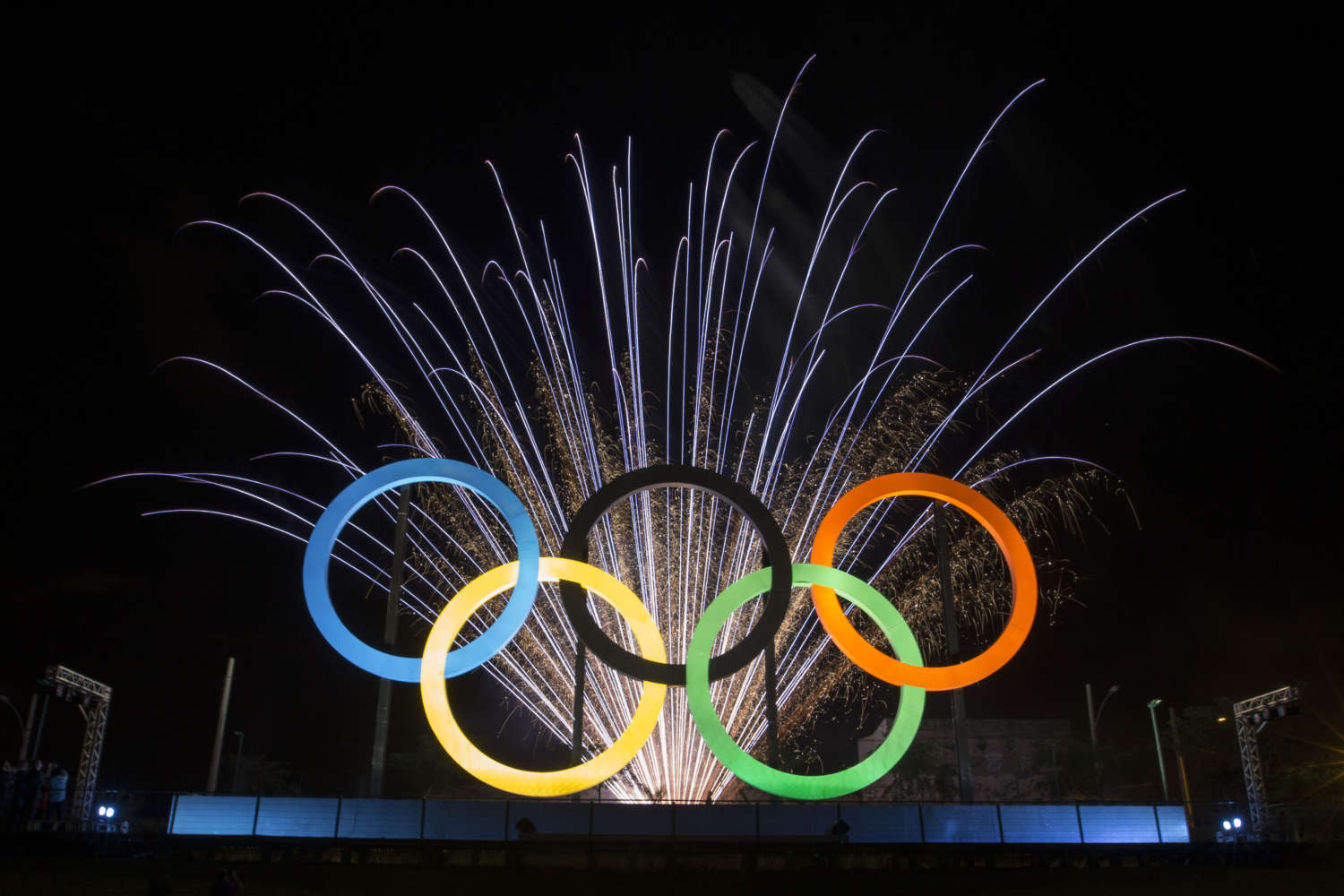 The unveiling of the Olympic rings was one that lit up the sky, but today the rings are hidden in an attempt to preserve them. The rings remained on display throughout the duration of the games, however, due to vandalization, they have been moved. 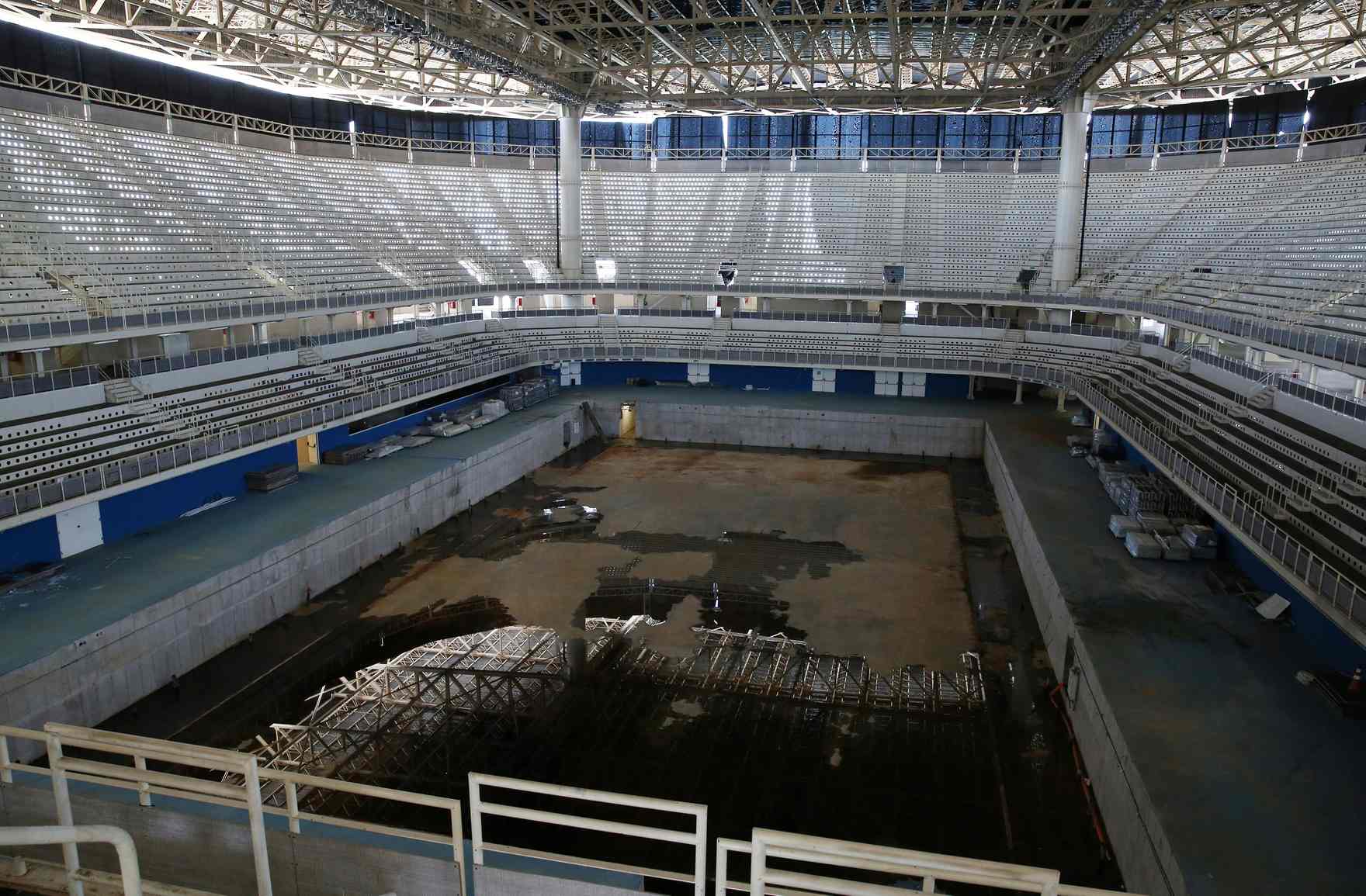 It's hard to believe this aquatic center is where many World records from the 2016 Rio Olympics were achieved. Its condition makes it hardly recognizable, as it was once a state-of-the-art swimming facility where athletes put their endurance to the test.

But The Aquatic Stadium Holds Many World Records 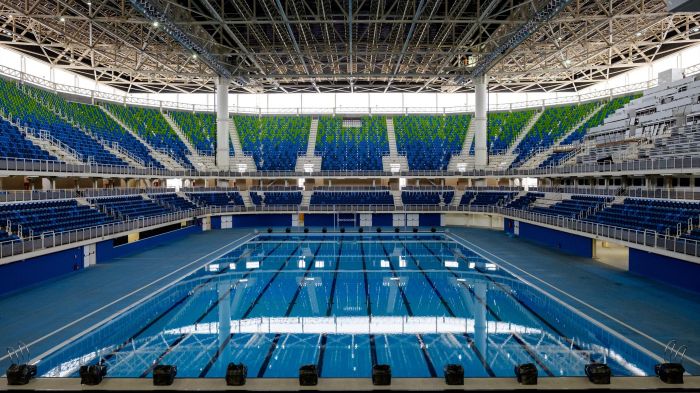 Many Olympians broke world records in the Aquatic Center, but seeing it today makes it hard to believe. American swimmers Michael Phelps and Ryan Lochte were among some of the swimmers who took home gold medals.

The Stadium Is Run Down And Desolate 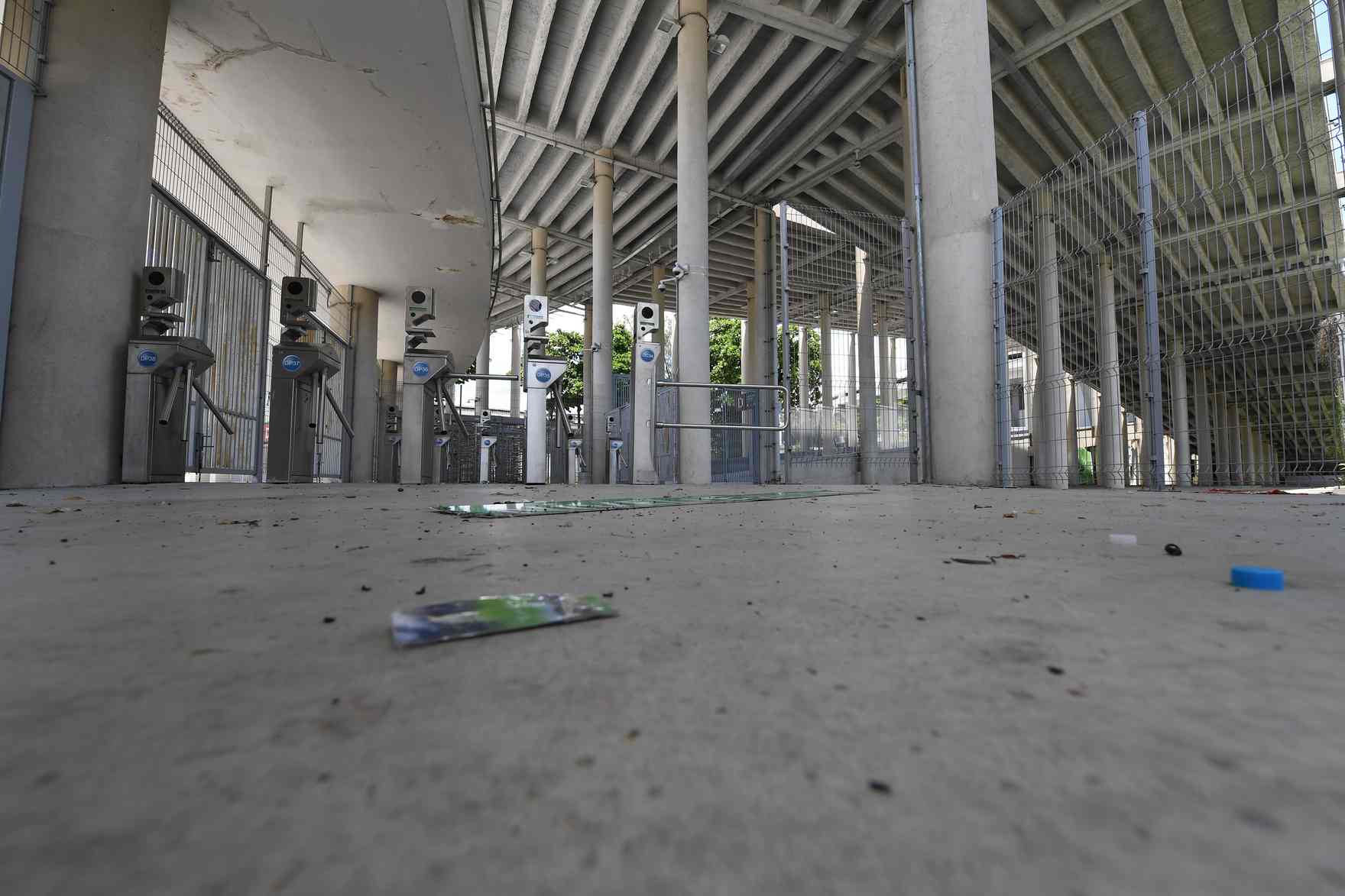 This formerly beautiful stadium has fallen into a state of abandonment due to legal issues. There is a $1 million dispute between the stadium operators, the Rio state government, and the Olympic organizers over unpaid electricity bills and unfinished maintenance of the venue.

But It Used To Be Lively And Fun 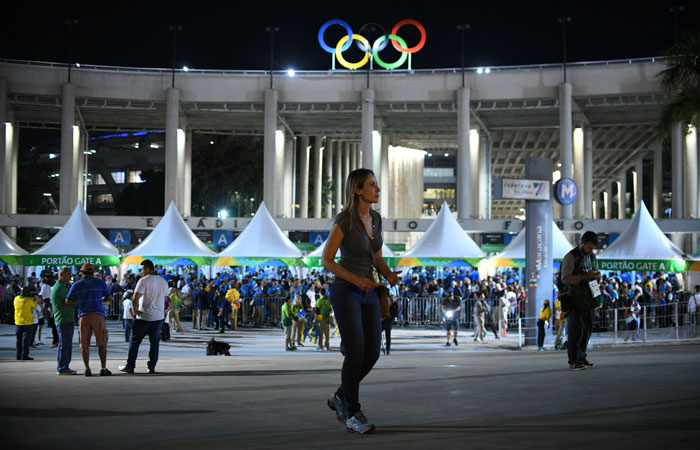 The stadiums used to be lively and filled with fans from all over the world. However, as the months passed, so did the people performing maintenance in the stadiums. Now they remain dirty, abandoned, and eventless.

The Soccer Stadium Is No Longer Inviting 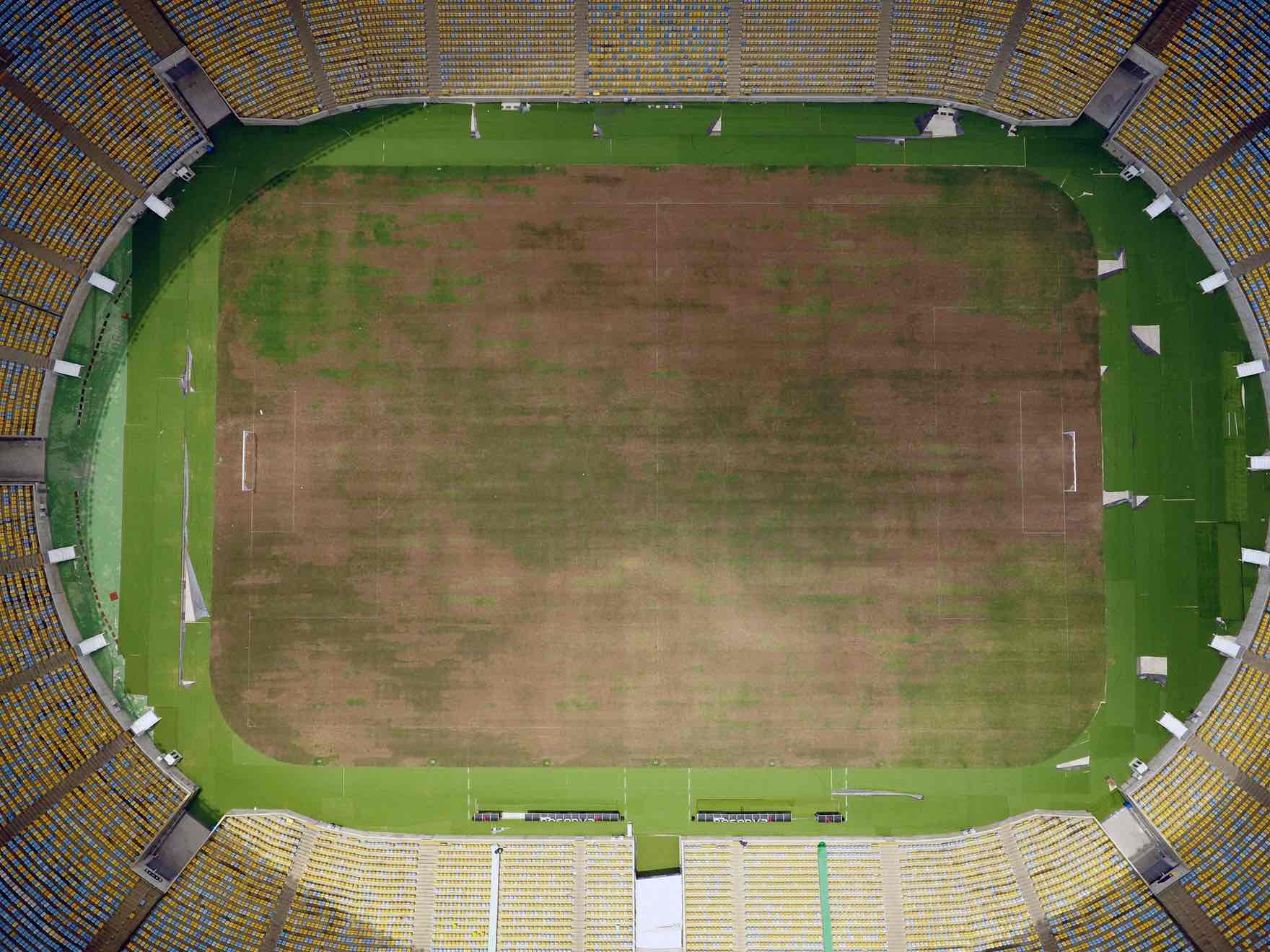 Here is the stadium from an aerial view. The grass is dying, the seats are destroyed, and many things that made the stadium great have been stolen. It hasn't been occupied since December of 2016 and has no plans for future events.

Even Though Players From Around The World Gathered There 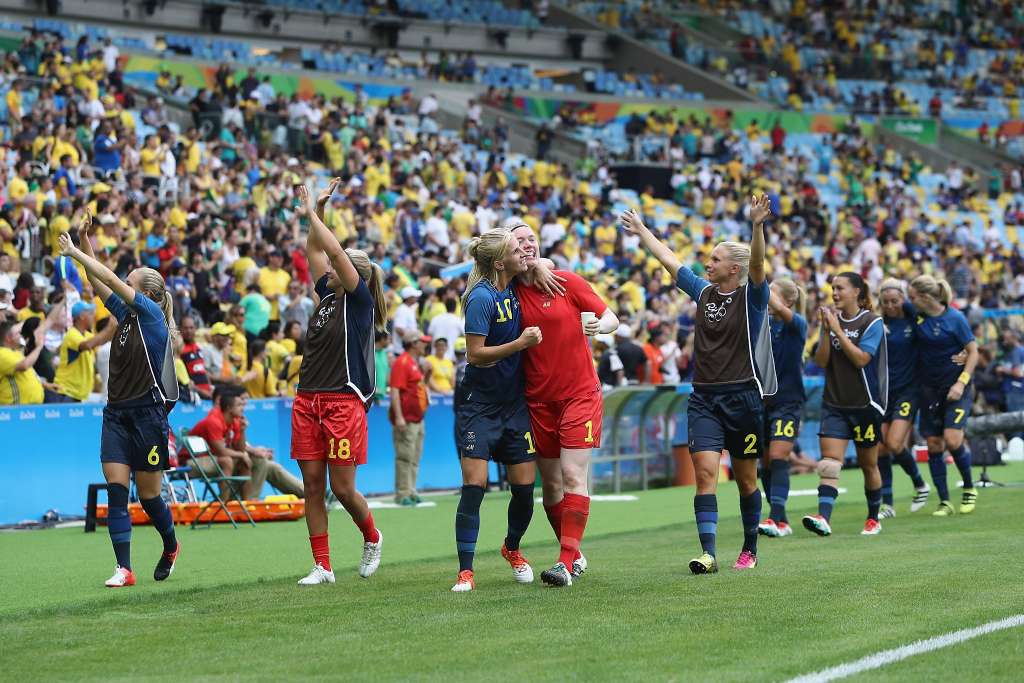 The grass used to be watered and maintained, but is now dead and disappearing. Soccer players from all over the world gathered to compete in this stadium, and although it holds amazing memories, you'd never be able to tell by looking at it today.

The Custom Tapestries Are Ripped And Falling Down 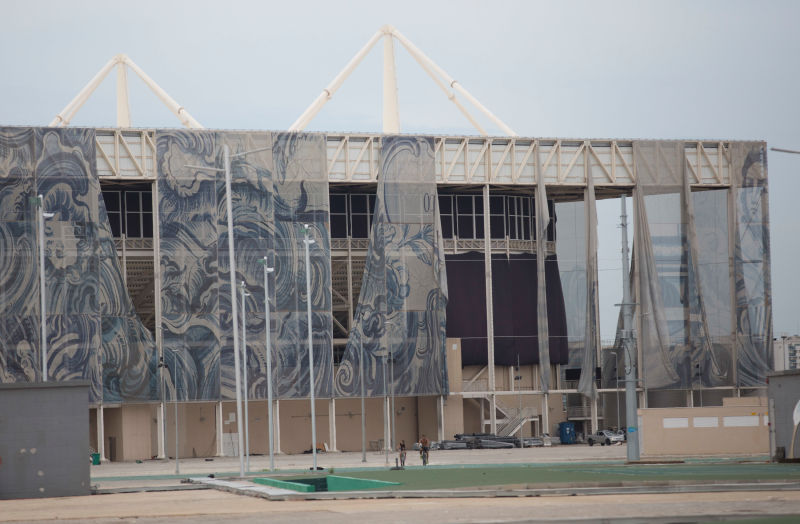 These custom tapestries were created by the Brazillian artist Adriana Varejao, but now they don't look like much. The tapestries are falling from the exterior of the aquatics center because of vandals who try to destroy them and their beauty. 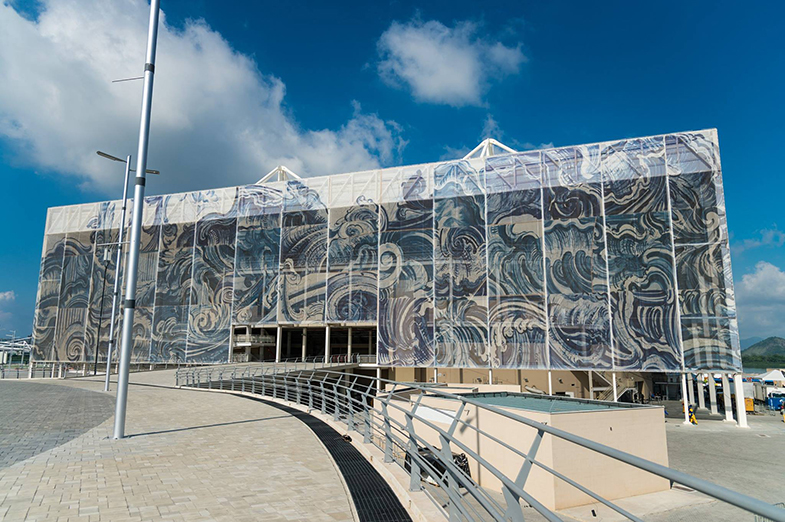 These custom tapestries were created by the Brazillian artist Adriana Varejao and were placed outside of the Aquatics Center. Sadly, due to looters and vandals, the tapestries have not been upheld or maintained.

The Olympic Media Center Is Considered A Health Hazard 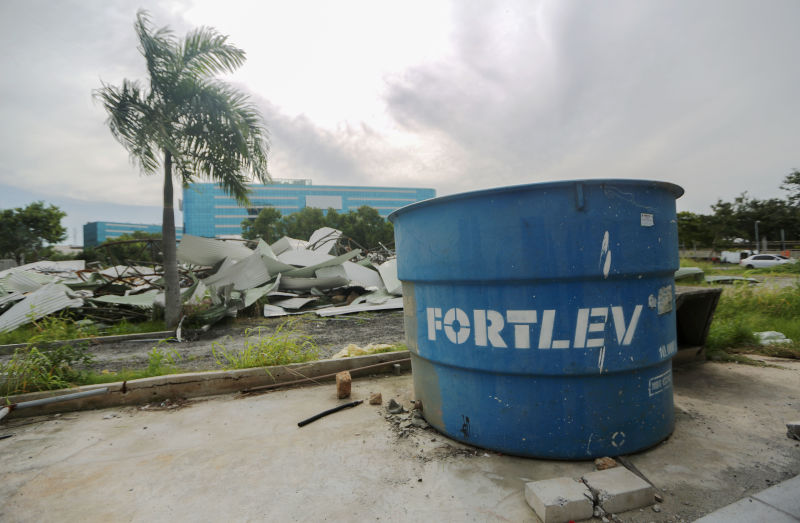 The Olympic Media Center is now considered to be a health hazard for anyone who goes there. The combination of an unmaintained facility, looters, vandals, and bacteria have contributed to the unhealthy conditions of the former Olympic grounds.

Even Though Six Months Ago People Walked The Grounds Freely 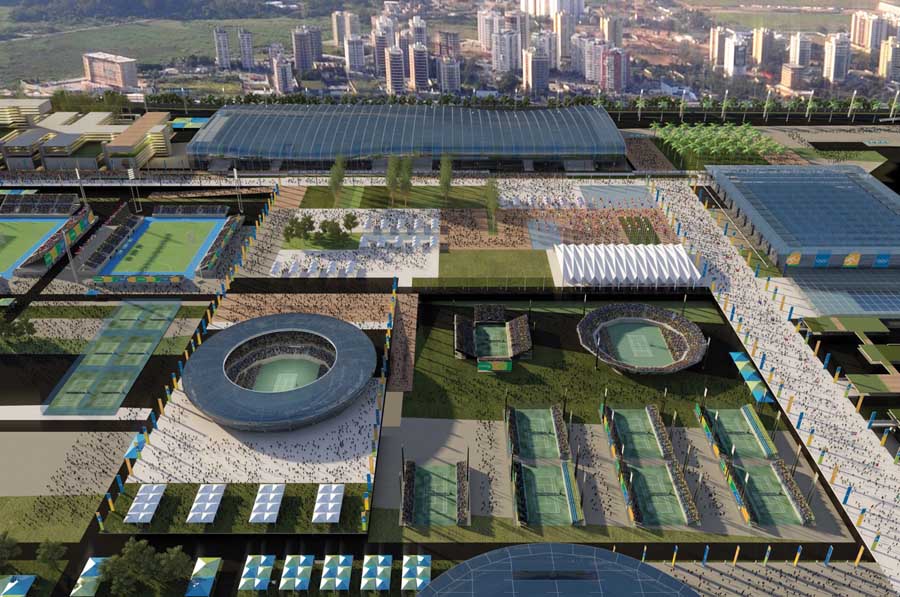 The Olympic grounds were once filled with people walking from stadium to stadium, but it is now considered a health hazard to do so. The aerial photo shows people walking around the grounds, but if they did that today they would be at risk for illness.

The Golf Course Hasn't Been Used Since The Games 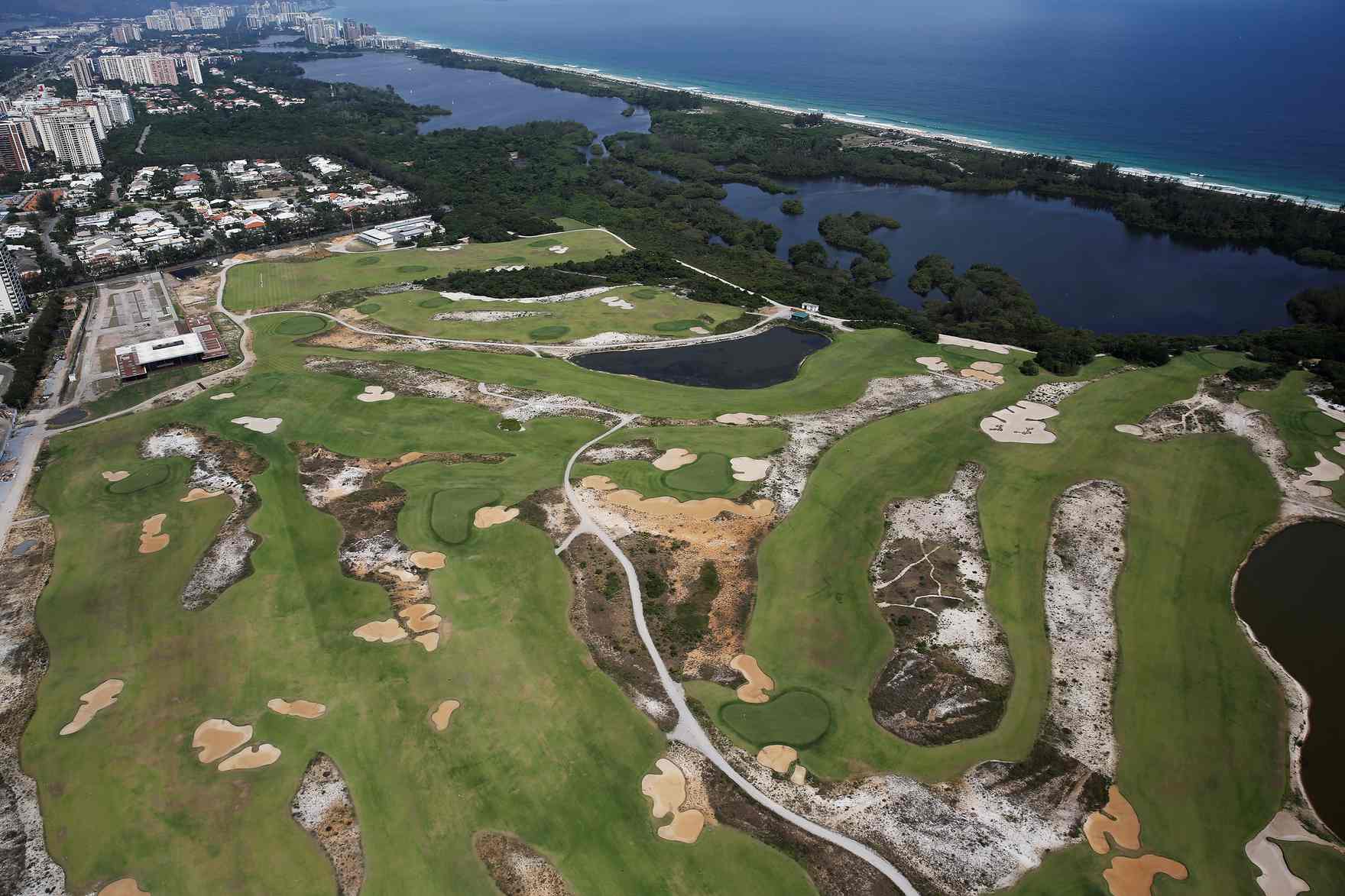 This golf course has had millions of dollars put into it, but its future looks bleak. The course has had much trouble attracting paying customers to play there as well as maintain the course and its facilities. Now, it is just an abandoned golf course.

But Was Once Maintained And Beautiful 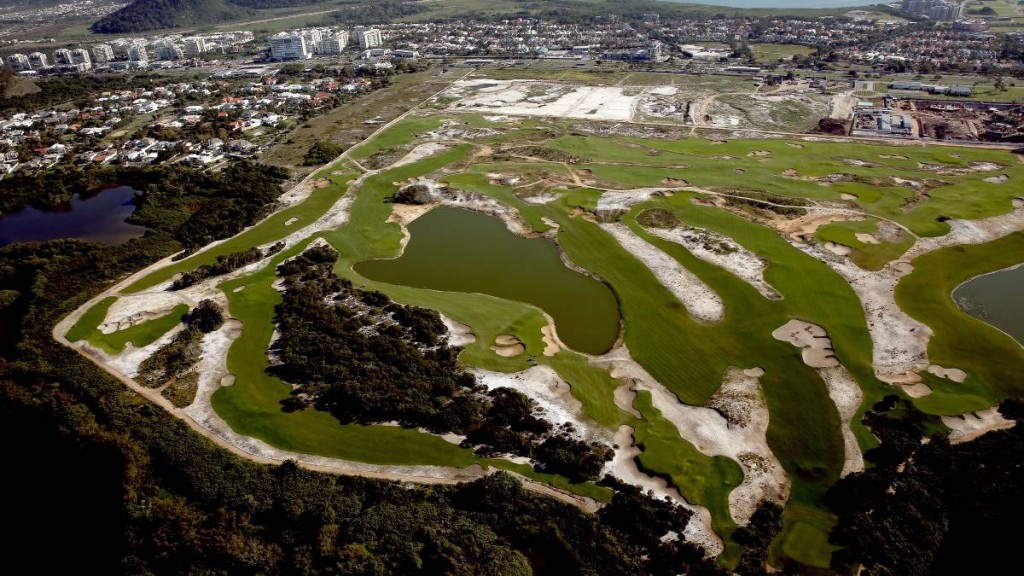 The golf course was meant to be a major attraction site even after the 2016 Rio Olympics Games but has not been maintained since they wrapped six months ago. Today, the grounds remain desolate and trash-filled. 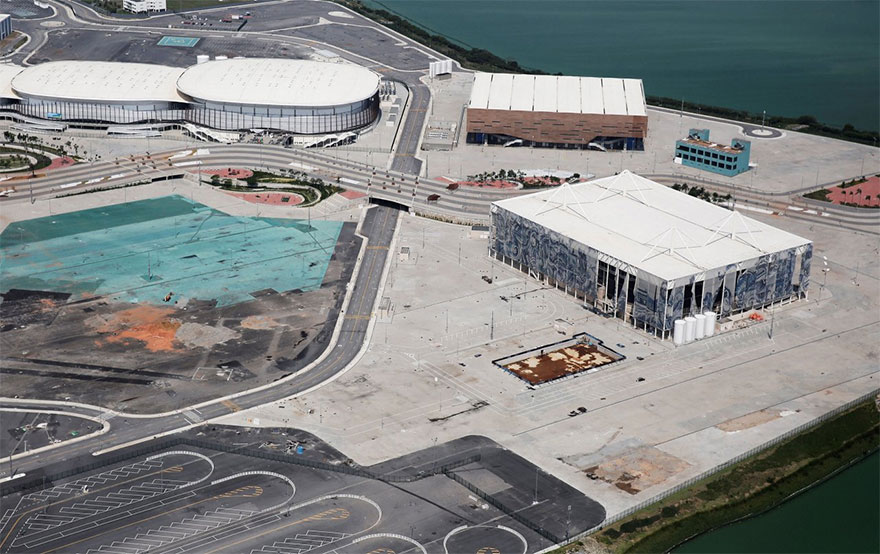 The 2016 Rio grounds are hardly recognizable from this view. The pools are murky, the aquatic center is run down, and virtually nothing has been maintained since the games came to a close in 2016.

But They Were Upheld For Only So Long 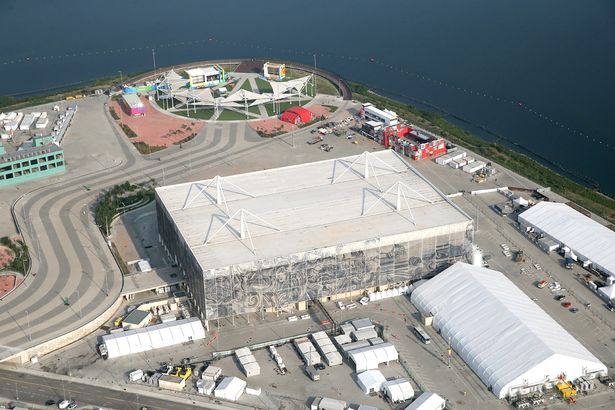 This aerial view shows the grounds surrounding the Aquatics Center. The grounds look like new compared to what they look like today and are considered to be health hazards to anyone who walks through them.