In Morocco, scientists have discovered an unusual fossil of a Spinosaurus. Their findings are challenging the perceptions of all known dinosaurs, as the Spinosaurus is the first known swimming dinosaur.

The study analyzed the species’ swimming abilities through a carefully preserved fossil tail. Spinosaurus aegyptiacus were predator dinosaurs that were roughly 50 feet in length. Their fossil record dates back from over 50 million years ago. A new fossil found in Kem Kem in southeastern Morocco led researchers to believe that the dinosaur was suited for aquatic life.

Until this find, only fragments of the Spinosaurus fossils have been available to study. Majority of the fossils found of the dinosaur were destroyed during World War II. A group of palaeontologists led by University of Detroit scientist Nizar Ibrahim describe the nearly complete tail of the Spinosaurus as a rare find. This tail presents that of a swimming-dinosaur found in mainland Africa. 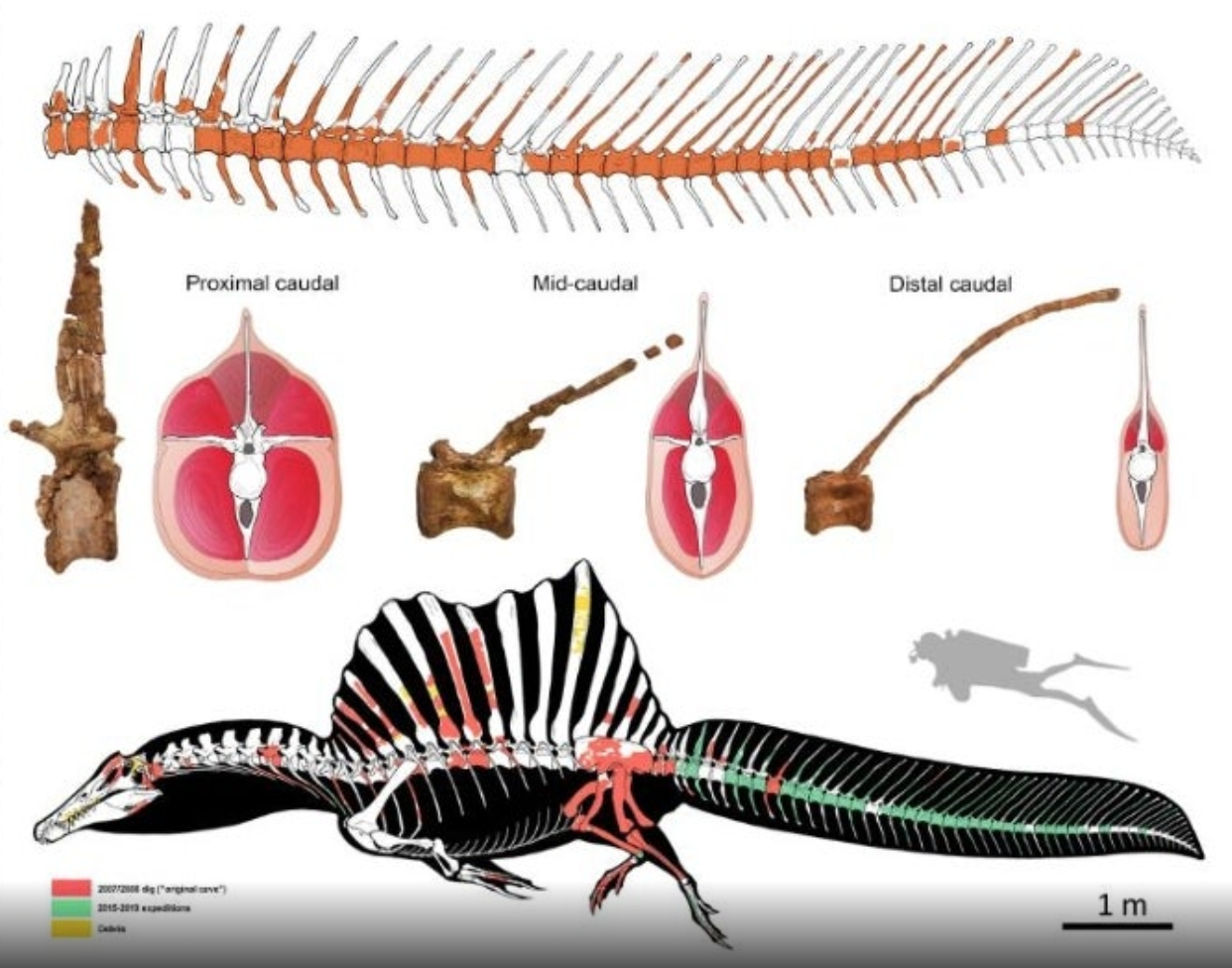 The tail is flexible and paddle-like, which likely helped them propel through water--similar to crocodiles. The tail was formed by extremely tall neural spines that would have helped them to move laterally. Additionally, the elongated snout with cone-shaped teeth from these dinosaurs is similar to the jaw of crocodiles.

It was previously known that Spinosaurus had a connection to aquatic life, though it was unknown that they were swimmers. Scientists had previously theorized that they might have waded through shallow waters to prey on fish. This new research shows that they could have hunted food in much deeper waters than expected.