"Little Spot" (Demyte) made a not-so-little win during Lithuania's annual goat beauty pageant held in the village of Ramygala.

Around 500 people and a jury comprising of a local member of parliament, the head of a local school, and a cucumber farmer attended the seventh annual event in honor of the village's traditional symbol - the goat. The ceremony and parade also included a marching band and dancers dressed in costumes. 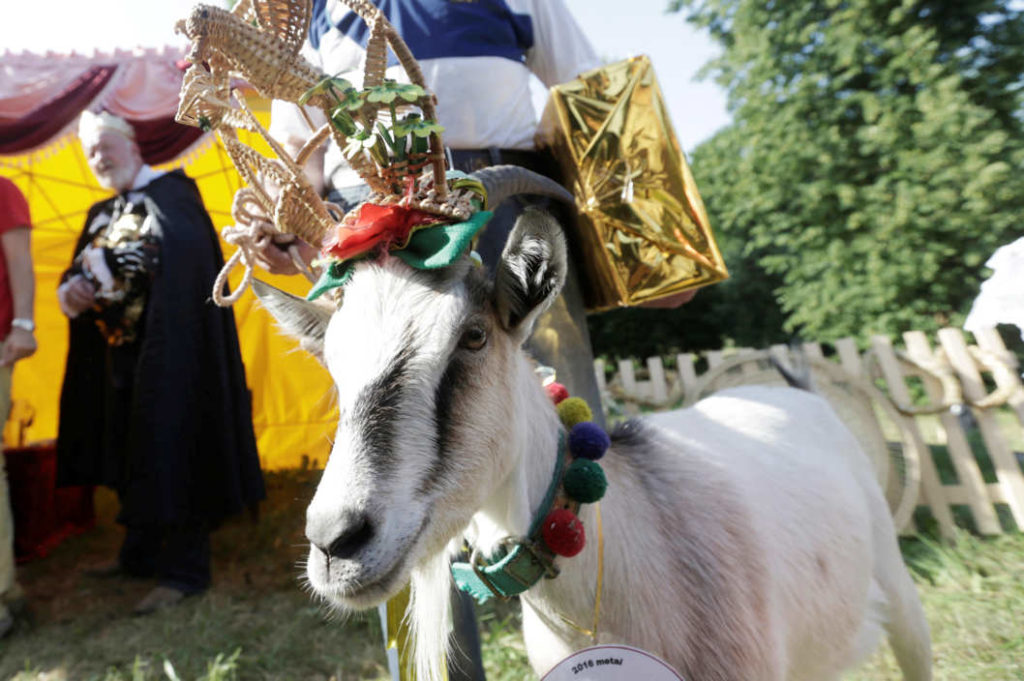 Demyte, a 16-month-old female goat, was crowned the winner over five other attractive contestants decorated with flowers. Some of the goats refused to walk along the red carpet and were instead carried by their owners.

"We’ll select the nicest goat, the goat with the nicest skin and it will be crowned with a crown that is not worse than mine," a local donning a crown said.

"The only thing we didn't do to prepare the goat for the pageant is we didn't polish its nails - because we thought of it too late," he said.

The award for winning? Cakes, jars of honey, books, and coupons for a haircut. Congratulations, Demyte and Petkevicius!