These New Zealand Caves Aren't Lit Up By Stars, But By Glowing Worms

Looking for the Milky Way in New Zealand's Waitomo caves? You may think you're looking at a starry night sky, but these lights are far from it. Behold, glow worms! 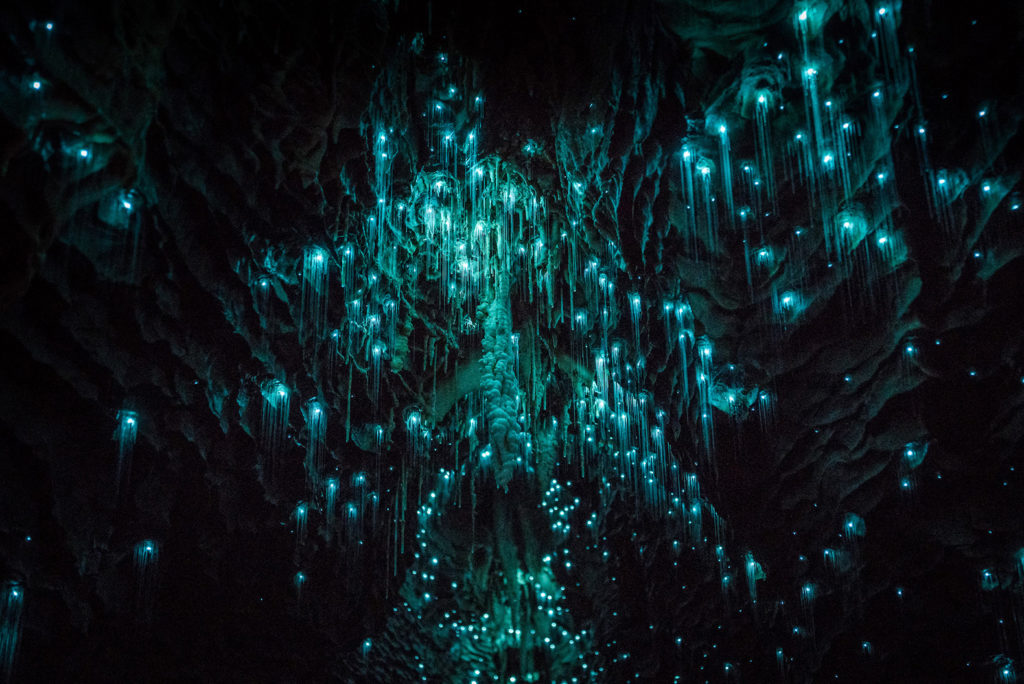 Glow worms, the larval stage of a flying gnat species called Arachnocampa luminosa, live in giant colonies and can be found all over New Zealand in damp forest settings, stream banks, and most commonly in caves. Much like fireflies, these little guys glow by breaking down a light-emitting protein. But instead of producing yellow flashes, a glow worm's light is a vibrant blue.

The reason for the spectacular glow? Bait. The bioluminescent worms hang from threads of their own silk, which look like strings of mardi gras beads, and use their glowing feature to attract insects, like moths who use light like a compass to navigate. Not knowing any better, the insects fly into the slimy, silk snares and become trapped. Once the victim succumbs to exhaustion and grows still, the glow worm reels in its catch through its mouth. Just one catch can be enough for several meals! 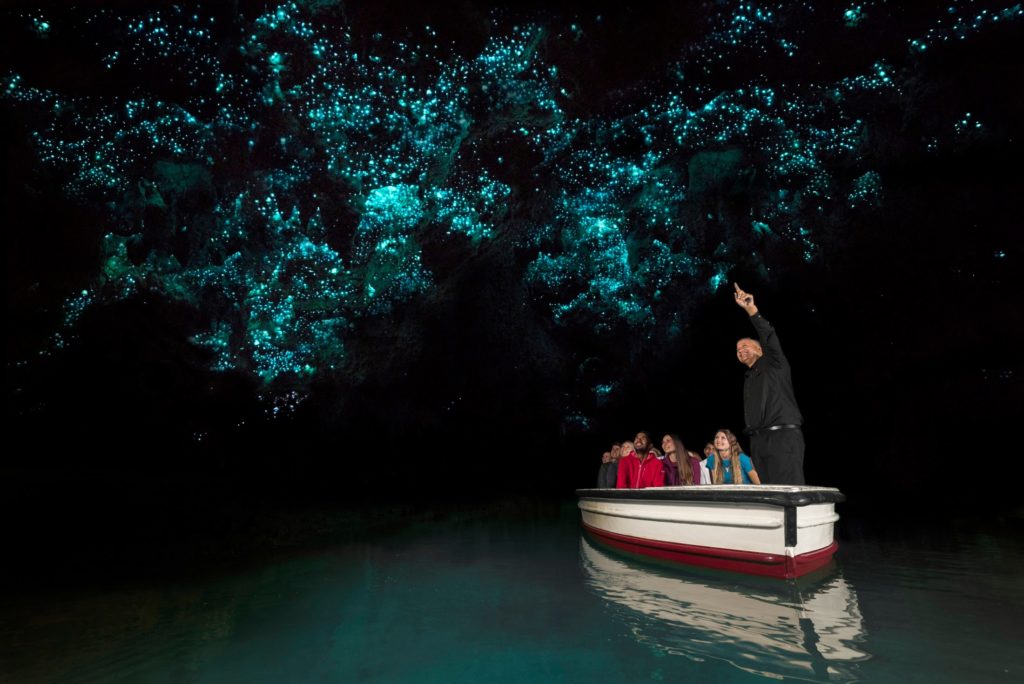 Scientists have observed that the worms brighten and dim on a 24-hour cycle, noticing that different colonies seem to be on different cycles and that the glow is brighter when they're hungry. The result? An endless, star-like cavern.