This New Electric Motorcycle Is Made From Wood

French motorcycle company Newron Motors has announced that their latest creation, the electric motorcycle called EV-1, is available for pre-order. If you’re interested in getting your hands on one of these bad boys, you better act fast because there’s only 12 of them in the world.

The company unveiled a prototype of the electric bike last year and made quite the commotion. Though unlike other electric motorcycles on the market, Newron abandoned existing designs and made something that was all their own. 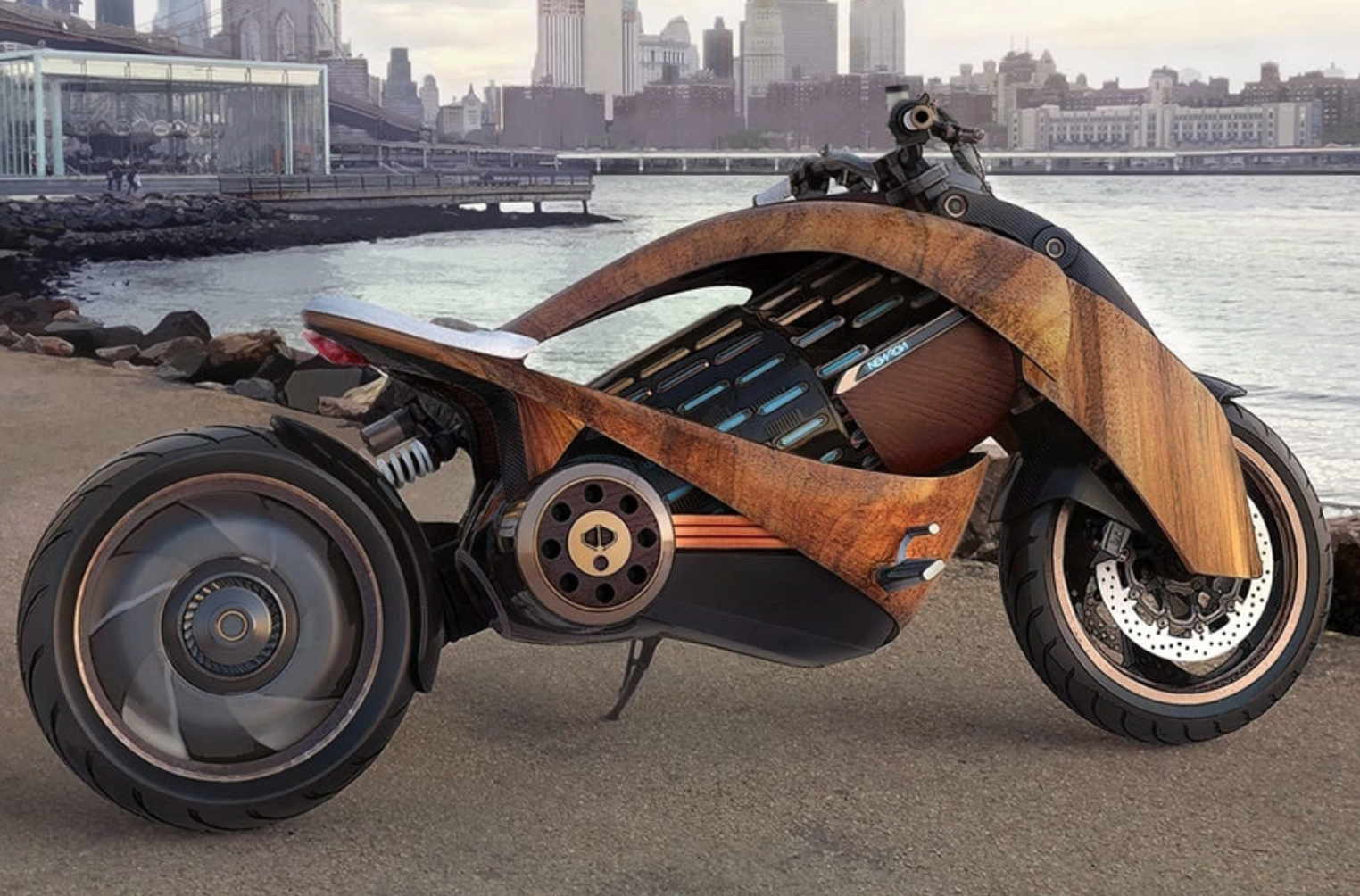 At the base of this design is the battery pack, which accounts for most of the body of the bike. The cylindrical shape is aesthetically pleasing to the eye and evokes the feeling of being on a rocket. Curved panels that leave the battery pack mostly exposed surround the base. The panels give the bike an extra visually-pleasing appearance, as they are made of different woods--ebony, oak, red cedar, and white ash.

The battery pack is also connected to a 75 kW PMAC engine that produces up to 240 Nm of torque. The bike can accelerate from 0 to 62 mph in just a matter of seconds. Bike speeds top out at 137 mph and it has a city range of up to 186 miles. The battery is completely recharged in just 5 hours, but the CCS fast-charging plug ad can recharge your battery to 80% in just 40 minutes. The EV-1 has a multi-level regenerative ABS braking system.

The bike is also equipped with onboard navigation, Wifi connection, and Bluetooth capability. There's even an app that allows you to keep up to date regarding the bike’s performance. The production of the bikes are projected to be finished in 2021. Want one? You can pre-order your bike now with a payment of $65,000.