Man Has the Largest Collection of Pizza Boxes

A Brooklyn resident means business when it comes to pizza. Scott Wiener has collected over 1,500 pizza boxes in his lifetime and already set the world record a few years ago with his then-collection of 595 pizza boxes.

“I am not actively stopping the collection, but I am pumping the brakes a little bit because I am running out of space,” Wiener said. “Don’t even get me started on my pizza t-shirt collection...that’s becoming a problem!” 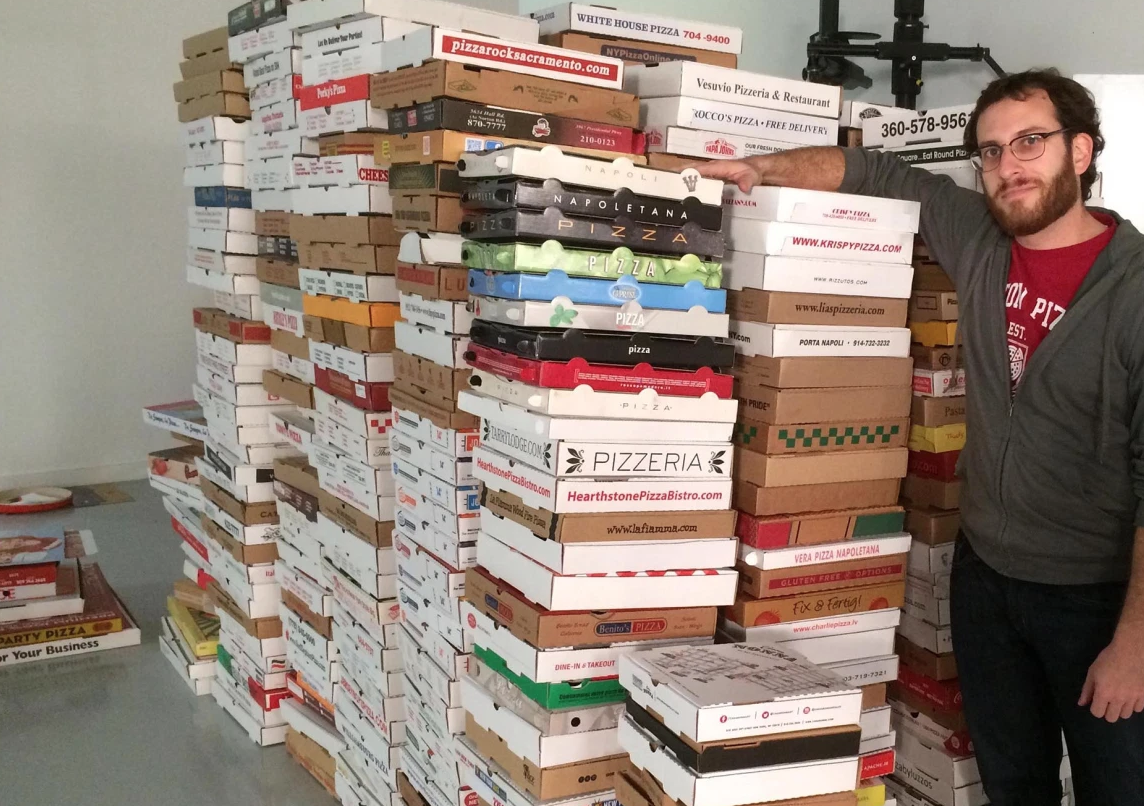 Quite the pizza aficionado, Wiener runs Scott’s Pizza Tours. His collection is packed tightly into his two-bedroom apartment in Flatbush. He has boxes from Antarctica, Italy, and all over the world. They are displayed along his pizza-themed baseball hats in the office, piled into neat stacks in other parts of the house, or flattened in his closet.

He began collecting boxes after a trip to Israel in 2008. He expected to see a common New York style pizza box, but instead, he was surprised with a colorful yellow box with blue writing. After that, he realized that not all boxes were created the same. 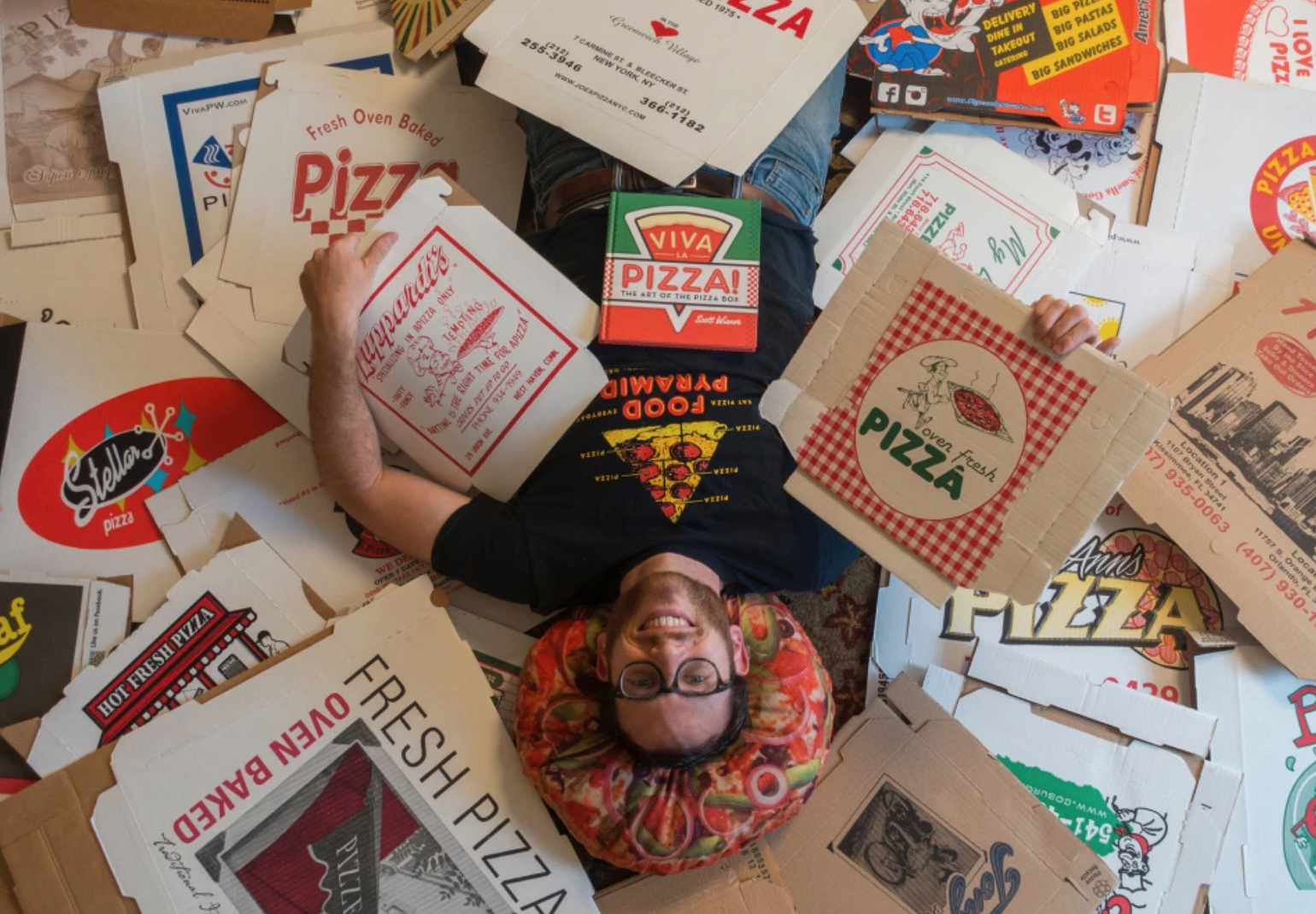 “I can collect them myself, or people can mail them to me. All the pizza box companies know me because I’m the only civilian that collects them.”

“There’s an Obama box out there in Italy, but I missed my chance to get one.”

Wiener even has boxes that date back to the 1990s.

“This collection shifts the way we see pizza boxes, not just as something disposable, but something with cultural value."

Wiener also published a book called Viva la Pizza: The Art of the Pizza Box in 2013.

“Shift the context of a pizza box and it goes from being trash to being art.”