It's one thing to drill into some hot rocks for energy, but the Iceland Deep Drilling Project (IDDP) is about to take new things to a whole new level - an underground level about three miles deep to tap geothermal energy from molten magma.

The hole is currently being drilled beneath Reykjanes alongside a tectonic fault line of the Mid-Atlantic Ridge, deep enough to reach the point at which flowing magma heats the underground seawater. That creates what scientists call a "supercritical steam," which holds more energy than it does gas or liquid. 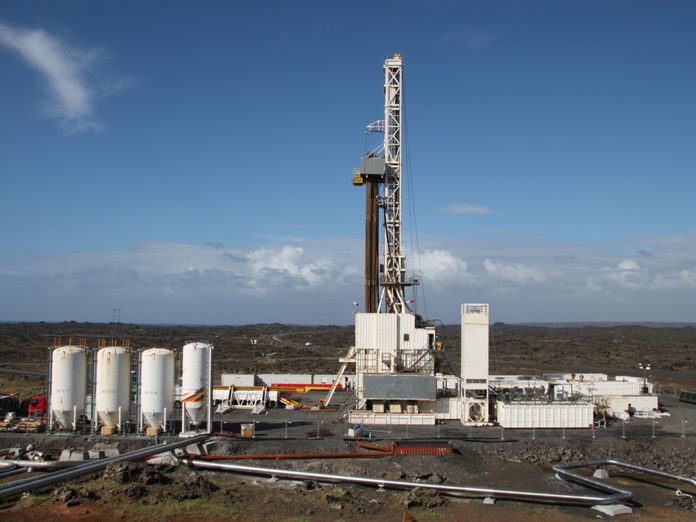 According to Albert Albertsson, assistant director of an Icelandic geothermal energy company called HS Orka, the hot hole could provide 50 megawatts of energy - that's enough to power 50,000 homes, 10 times the amount from a conventional geothermal well!

Though the project has been well on its way since mid-August, it won't wrap up until the end of 2016. And once it's completed, the hole will be the hottest on Earth and reach temperatures as high as 1800°F.