These Incredible Constellations Were Mapped From The Sentences Of Classic Literature

Classic literature like Moby Dick, Alice's Adventures in Wonderland, Dubliners, and Peter Pan will likely never go out of style. And when there are creative wizards like Nicholas Rougeux, who's turned famous works into visualizations, they'll truly stick around forever. It's not the first time the artist has created a new way of looking at literature, but Rougeux took his creativity to a whole new level that's literally out of this world. This time, he's transformed famous first lines into constellations.

In each constellation, the first word in a sentence is portrayed as a starburst. The following words then jut off at different angles based on the part of speech and amount of letters, represented in circles. For instance, the word "matter" is portrayed as a larger circle than that of the word "to." The distance between both words is also longer than the distance between the words "to" and "us." Each sentence is represented by a Roman numeral, which you can find included at the bottom of each constellation poster. 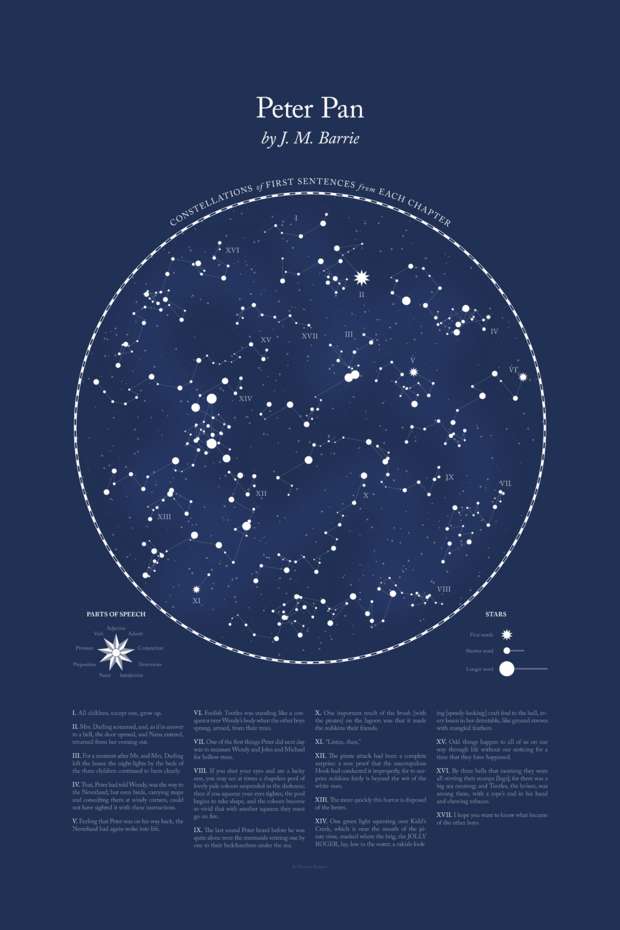 "I didn’t intend to create constellations," Rougeux wrote on his website. "I just wanted an interesting visual way of looking at text but quickly found that what I was creating resembled constellation maps..."