Hernandez was awarded the title during his 34th birthday celebrations. 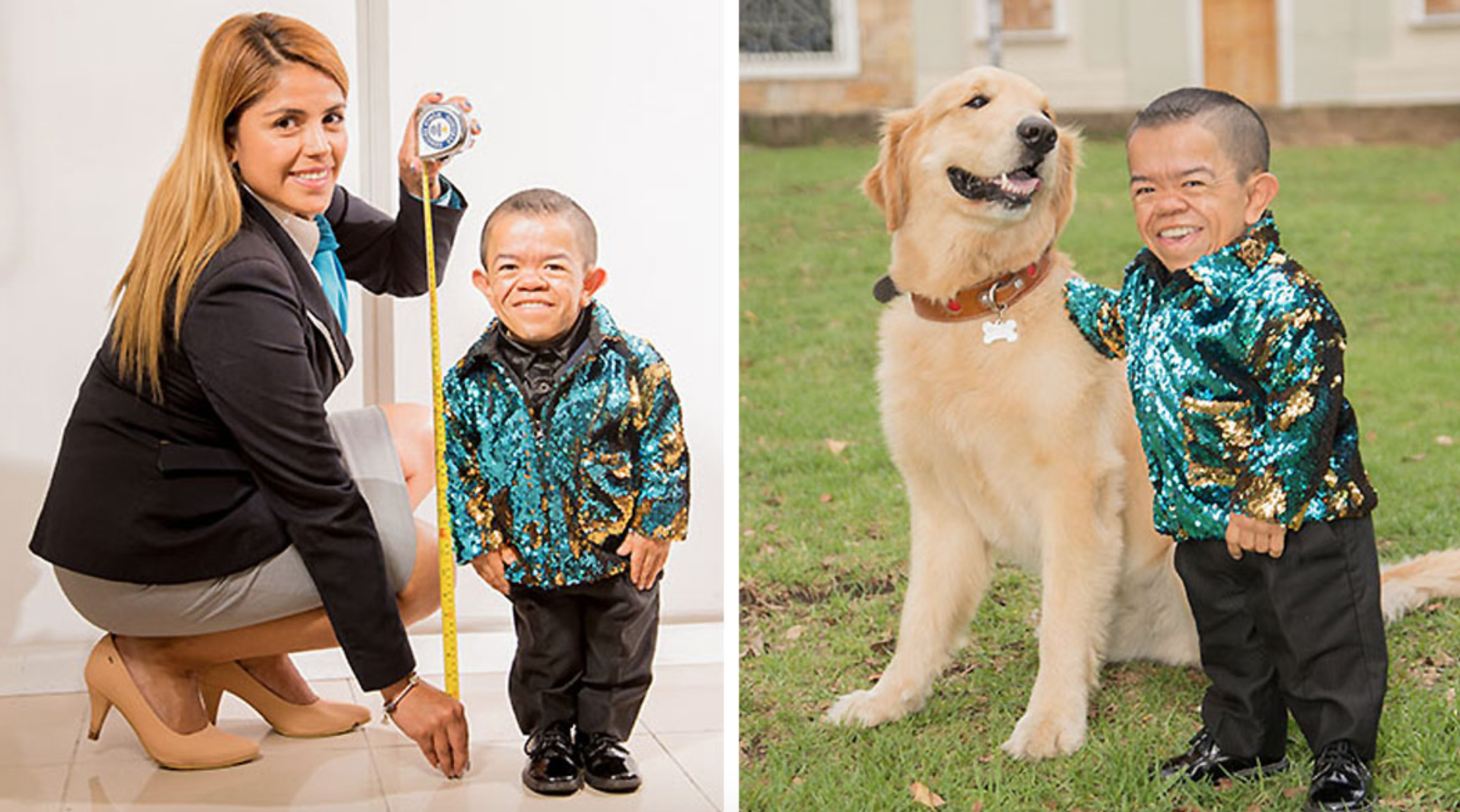 Natalia Ramirez, the Guinness World Records Latin Adjudicator, presented Hernandez with the certificate in a ceremony held at a medical clinic in Bogota, Colombia with his family and doctor by his side.

Hernandez reached regular milestones up until the age of four, when he began to realize that kids his age were growing much taller than him. His parents sought medical advice, but the medical reason behind his lack of growth would go undiagnosed for another 20 years, when he was finally diagnosed with severe hypothyroidism.

The diagnosis, however, has not been able to stop Hernandez from achieving his goals and having a positive attitude in life. He can often be found dancing in the streets to reggaeton, merengue, and vallenato music.

“I use my smile to conquer the world! I always share my big smile with everyone; that’s my charm," he said. "I can achieve everything I set my mind to. Everything is possible--size and height don’t matter! I want people to meet who I truly am: small in size, big in heart!”