It looks like planet Earth has some new competition around, and boy is the news out of this world. Astonishingly, NASA revealed its new discovery of at least seven Earth-sized planets orbiting the same star about 40 light years away. 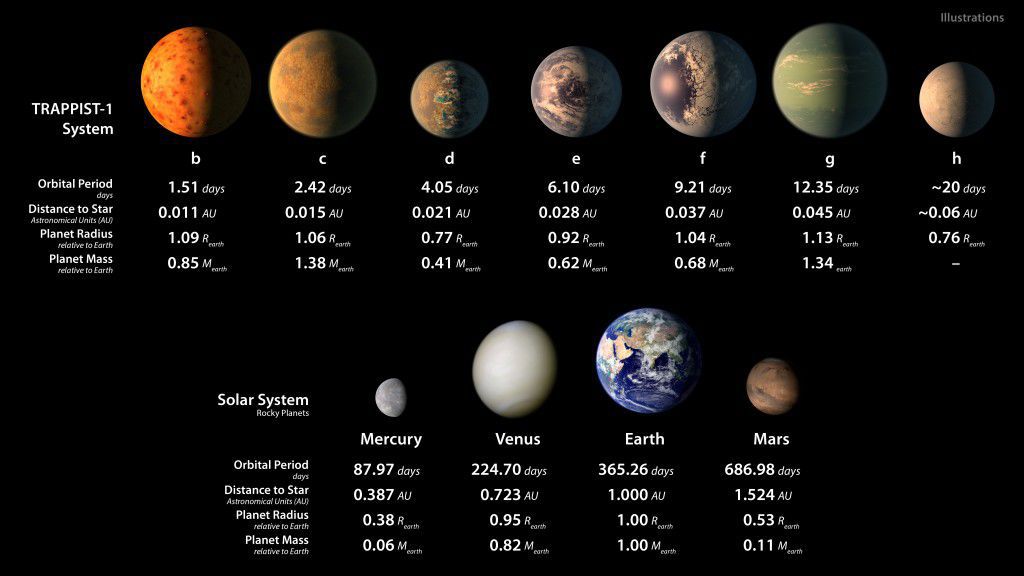 First announced during a conference at NASA headquarters in Washington and published in the journal Nature, the news is especially mindblowing to scientists, who have realized the seven planets aren't only similar in size to Earth, but that they're also all temperate. This means each one could potentially have water on its surface and may even be able to support life.

"This discovery could be a significant piece in the puzzle of finding habitable environments, places that are conducive to life," said Thomas Zurbuchen, associate administrator of NASA's Science Mission Directorate. "Answering the question 'are we alone?' is a top science priority, and finding so many planets like these for the first time in the habitable zone is a remarkable step forward toward that goal."

The planets, estimated to be rocky as opposed to gaseous, were found orbiting a dwarf star, TRAPPIST-1.

So what's next? Researchers will begin working on defining the atmosphere of each new planet and search for any signs of water and/or life. But sadly, it would take us humans millions of years to be able to reach this particular system. By that time, we may already be living on Mars!