Boy's Message In A Bottle Travels From U.S. To France In 9 Years

Max Vredenburgh was just 10 years old when he wrote a message, stuck it in a bottle, and threw it into the Atlantic Ocean in August 2010. Now, nine years later, he's received a reply. And boy, did that message travel far - from Massachusetts to France.

"I'm 10 years old. I like apples, I like the beach. My favorite color is blue. I like animals. I like cars and I like outer space. Please write back," Vredenburgh wrote before sending it on its way from Long Beach in Rockport. 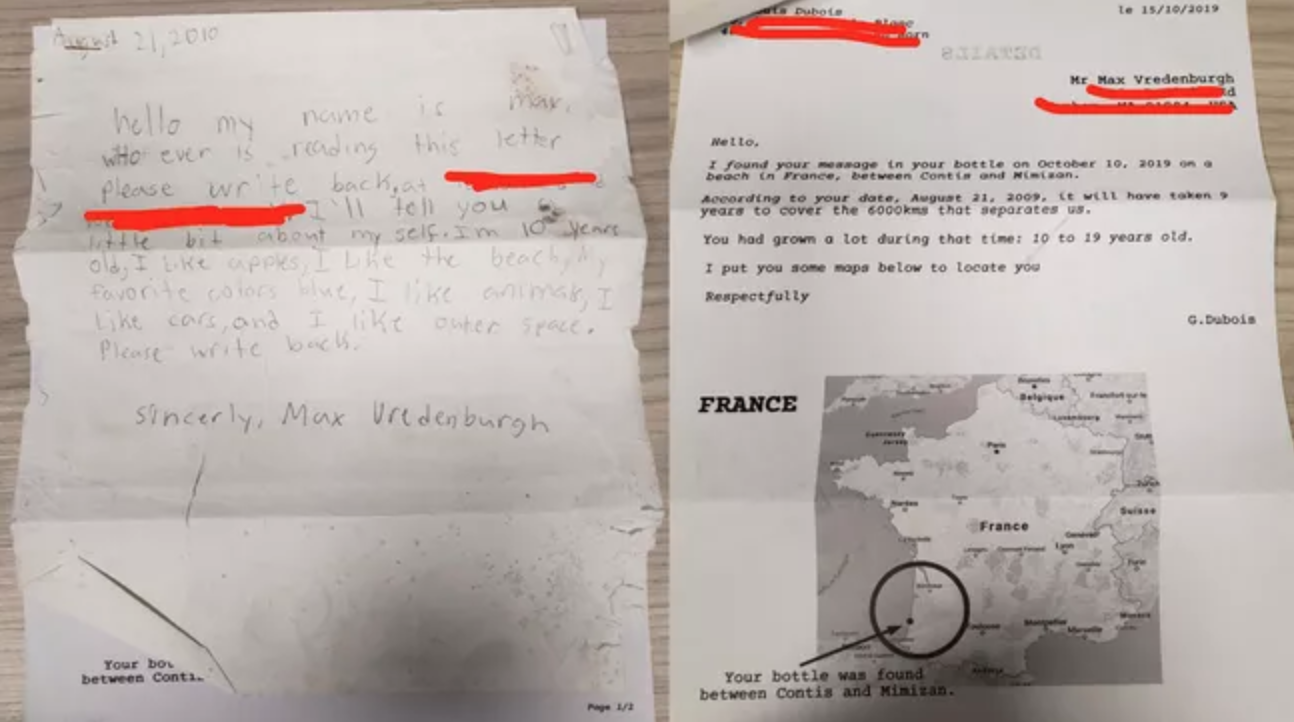 To his amazement, a letter addressed to him arrived at his parents' house from a man by the name of G. Dubois, who found the message in a bottle in October 2019 on a beach between Contis and Mimizan - approximately 3,730 miles away.

Vredenburgh was truly in disbelief that someone was kind enough to reply to him, let alone all these years later.

"When I first read his letter, my heart, my stomach just dropped. I was like, 'Oh my God. My 10-year-old wish just came true. This is insane,'" Vredenburgh told WBZ-TV.

He said he hopes to learn more about his new pen pal from France.