This Bathroom-Themed Restaurant Chain Wipes Out Any Other

Toilet-shaped seats, urinal glasses, and bathtub tables - this place isn't a bathroom, it's a restaurant. 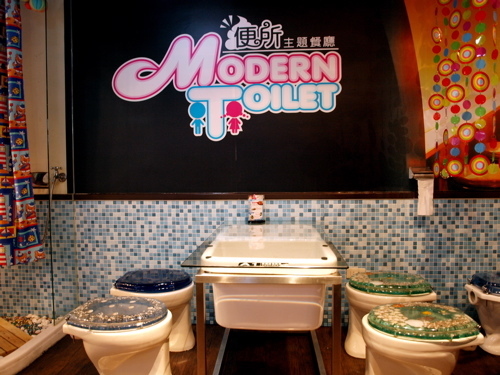 Based in Taiwan, "Modern Toilet" first opened in 2004 and has since become a chain restaurant unlike any other. The 2,800-square-foot, three-story eatery can be easily located by its massive, suspended toilet that hangs on the building's colorful exterior. Inside, the walls are tiled like those found in showers, diners sit on decorated, acrylic toilets and eat at tables made by putting glass atop bathtubs and sinks, and lighting is provided by hanging plungers and feces-shaped chandeliers. 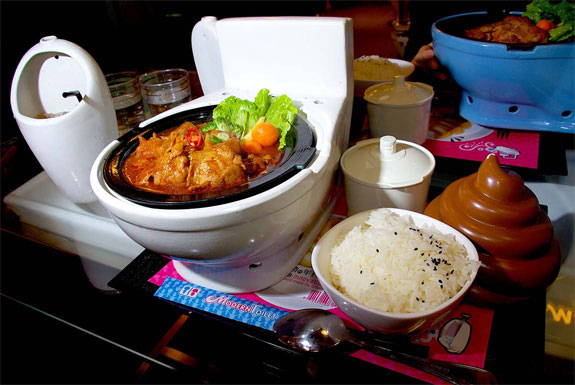 On the menu, items are separated by the bathroom fixture in which they are served, whether its curry, meat, or a hot pot dish in a miniature toilet bowl, gratin dish in a bathtub, pasta in a toilet lid, side dish or dessert in a squat toilet, or drink served in a small, glass urinal. Napkins can be taken from toilet roll dispensers on the wall and as if that's not enough, the dessert is both named and shaped like the all-too-familiar "number two." 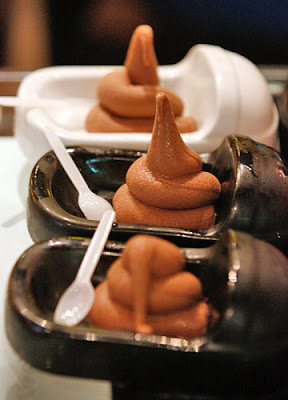 And because you'll never want to forget such an experience, customers can take home a variety of bathroom-themed souvenirs.

Owner Wang Tzi-Wei opened the peculiar spot after becoming inspired by a robot character from a Japanese cartoon who loved to "play with poop and swirl it on a stick." The restaurant became so successful after its launch that the owner has opened up 12 different locations in Hong Kong, Taiwan, China and Japan.