African Crocodiles Are Turning Orange From This Gross Matter

The world is full of both fascinating and bizarre creatures. The latest scientific discovery? Crocodiles. Orange crocodiles. The reason? Poop. Bat poop.

It all started back in 2010 when a group a scientists led by biologist Matthew Shirley set out to explore the Abanda cave system in Gabon, otherwise known as "The Crocodile Cave" for housing dwarf crocs who've taken it upon themselves to make the cave system their permanent residence. What they discovered was something no one ever expected - the crocs were turning vibrant orange. 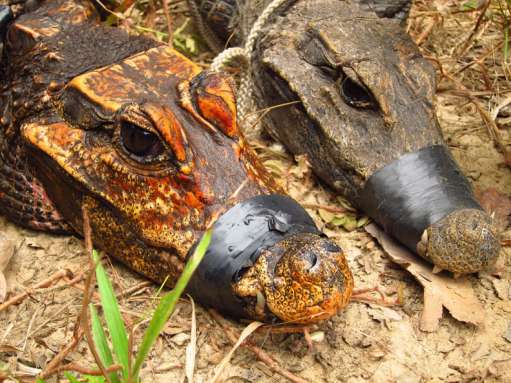 Unlike forest crocodiles that typically feast on shrimp, crayfish, and various insects, cave crocs seem to only eat crickets and bats found inside the cave. The scientists initially thought the crocodiles took on the change in color from living in darkness for most of their lives, but that's no longer the case. The new theory? Bat poop.

"We hypothesize that the orange coloration in large adults is caused by ‘bleaching’ of the skin after what is presumably years of inundation in bat guano," the team said. 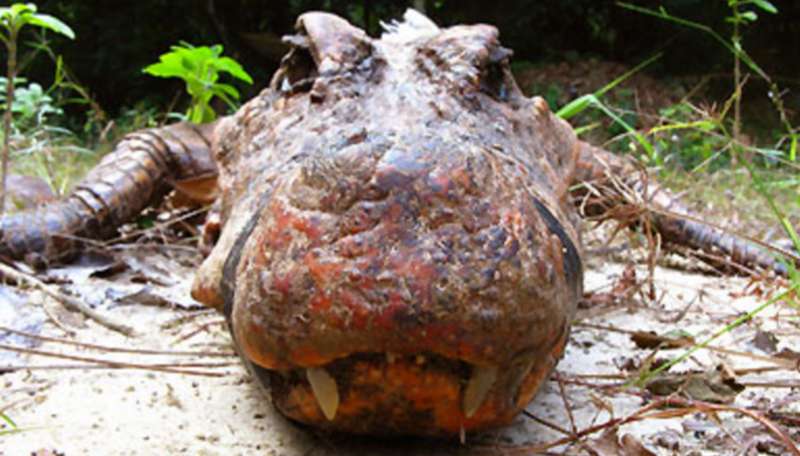 In some cases, the crocs' skin isn't just turning orange, it's actually eroding it to the point where scientists could see their skulls through their skin.

Still, the cave crocodiles were found to be in better physical shape than their counterparts living above the ground. The food never runs out, they're protected from the outside elements, and they can leave whenever they please. They're just orange.