Vincent van Gogh is without a doubt one of the most famous painters of all time, and since nearly 127 years have passed since his death, you can imagine the toll time has taken on his gravesite. So in an effort to repair and protect the popular site, local council members from Auvers-sur-Oise and the Institut Van Gogh are requesting the support of people around the world. 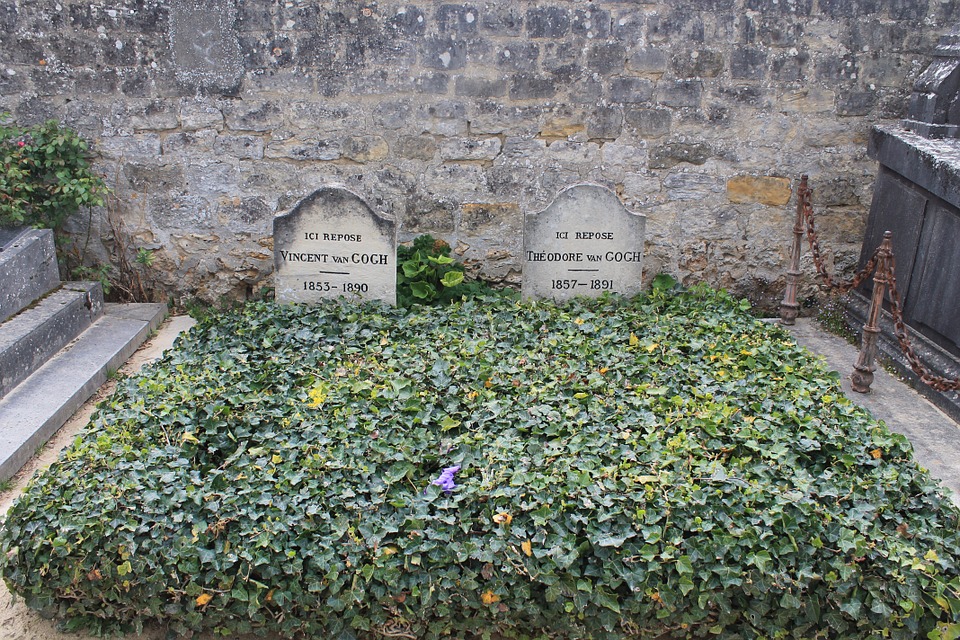 The famed Post-Impressionist artist is buried alongside his brother, Theo, who died just six months after Van Gogh. Thousands of people travel to the site each year to pay their respects and leave sunflowers and bits of wheat as a way to honor Van Gogh - his famous wheat field landscapes painting was completed in Auvers-sur-Oise shortly before his death.

But heavy rains have ravaged the brothers' headstones. And now, the Institut Van Gogh is aiming to raise nearly $650,000 to make repairs and equip the site with proper lighting, drainage, and security systems. Funds are also being raised to restore the Notre-Dame-de-l’Assomption church in the village, which was featured in Van Gogh's The Church in Auvers-sur-Oise. Like his headstone, the church was also damaged by Mother Nature when a storm hit in October 2015, resulting in significant water damage and a leaky roof.

Can't get enough of all things Van Gogh? You won't believe what this makeup artist did to honor his work!