A Coffee Shop Run By Robots Opened In San Francisco

The year was 1555 when the first coffee shop in the world opened in Constantinople, so it's safe to say the shops and cafes we have now aren't quite the same. In fact, a San Francisco startup just took the way coffee is served to a whole new level. At Cafe X, caffeinated beverages are prepared and served by robots. 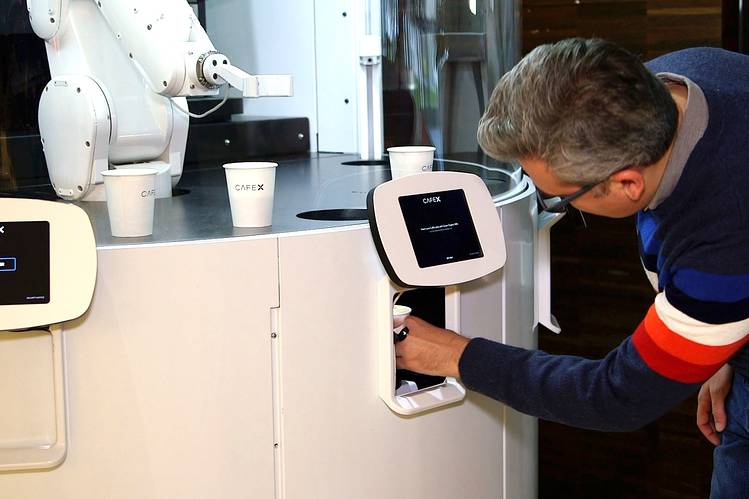 In an effort to provide quicker service to thirsty patrons, Cafe X enables customers to walk in, place their order on a digital kiosk (or through an app on their phone), and step back while a giant robotic arm automatically brews a wide range of beverages to perfection within mere seconds.

"In today’s world, you have two options for getting a cup of coffee: you’re either in and out with something subpar or you’re waiting in a 15-minute line for a great cappuccino," said Cafe X founder Henry Hu in a release. "I started Cafe X to eliminate that inherent compromise and give people access to a tasty cup of coffee consistently and conveniently."

At the San Francisco location, the second store of its kind after the first shop opened in Hong Kong Science Park, customers can choose from a variety of beans from AKA Coffee, Peet's Coffee, and Verve Roasters. Eventually, all new locations will serve locally-sourced beans.

"What we’re offering is the best possible experience for people who are looking for consistent specialty coffee to-go," said Hu.

And just in case customers are a bit confused when they step in, Cafe X has on-site coffee experts to answer questions!

This certainly isn't the first time robots have been employed to replace humans - see what they're up to in Belgium!